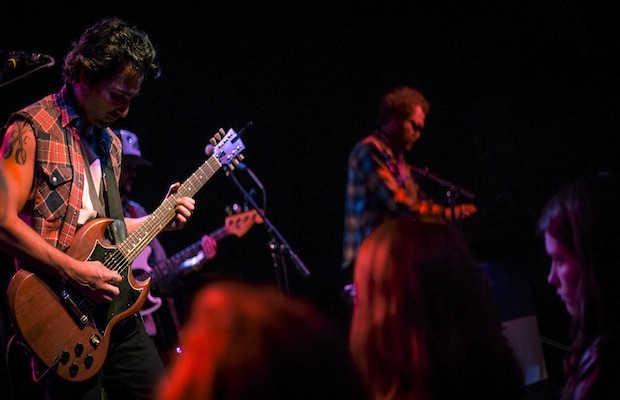 WOW! Last weekend was full of exciting shows in Nashville all across the board. There was the SoundHarvest Music Festival on Saturday in Centennial Park. And for those that didn’t want to brave the cold, Battles played a ferocious set at Exit/In on Saturday night. Sunday night was also full of possibilities with Don Henley at The Ryman, and alt-country shredders Blitzen Trapper at Exit/In. The Portland group was joined by fellow Portlandians The Domestics, and a reunited band called The Grifters from Memphis. All in all, the lineup made for an excellent end to a very full and exciting weekend.

Despite our SoundHarvest hangover, we were at the Exit/In on Sunday. The northwest group doesn’t come around these parts very often so we had to take advantage of such an opportunity. Keep reading for our full review and pictures from Caroline Bowman.

I arrived at the venue tired and worn out from The Flaming Lips’ show at Centennial Park the night before. But it would have been a shame not to have ended the weekend with a show featuring Blitzen Trapper, one of the best bands out of Portland playing today. A half hour before showtime, the crowd was still fairly small, but that wasn’t going to last long. Blitzen Trapper just released their newest record, and openers The Grifters were Sub Pop rockers from the 90’s. So a show like this was a great opportunity. 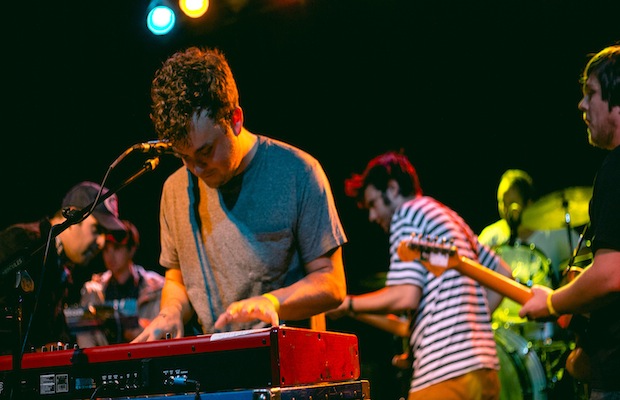 The Domestics. Photo by Caroline Bowman.

First up was a band called The Domestics. Also from Portland, they’re supporting Blitzen Trapper throughout this tour. Formed in 2014, when Michael Finn and Leo London joined their songwriting forces and created a new project, The Domestics’ set was a display of their debut self-titled album. The group played fun pop hits centered around sometimes dark subjects such as depression and drug addiction. As their set went on, the crowd grew and grew, and the growing energy from the audience proved that they knew how to construct a set with an exciting dynamic flow. 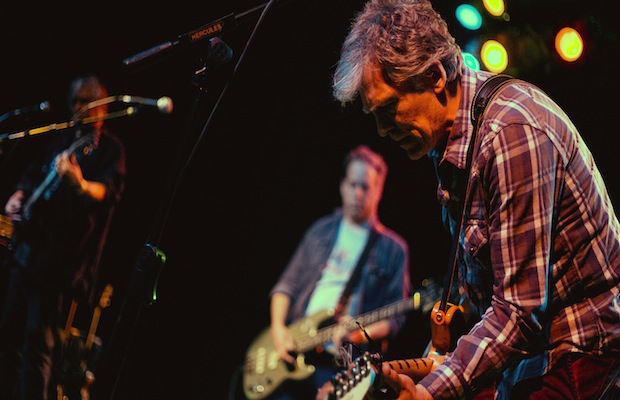 The Grifters. Photo by Caroline Bowman.

After a short break, The Grifters took the stage. This Memphis band put out a number of albums in the early to mid ’90s on labels such as Sub Pop and Shangri-La Records, earning fans such as folk legend Jeff Buckley. After breaking up for quite some time, the group are back and better than ever. Their set was a ferocious roar of alternative country rock served up with a dirty punk rock attitude. Their chords were unsettling in best way possible, and their beats were outright aggressive. The entire crowd went crazy for each song posing the inevitable question of what made the band leave in the first place.

The band didn’t stick around the venue for too long. After finding out that they had already left, I lamented at my missed opportunity to grab a vinyl from this unique and highly energetic act. They had come to grab the attention of Nashville and then toss us to the side like we never mattered in the first place. And that raw and vicious attitude felt so, so good. 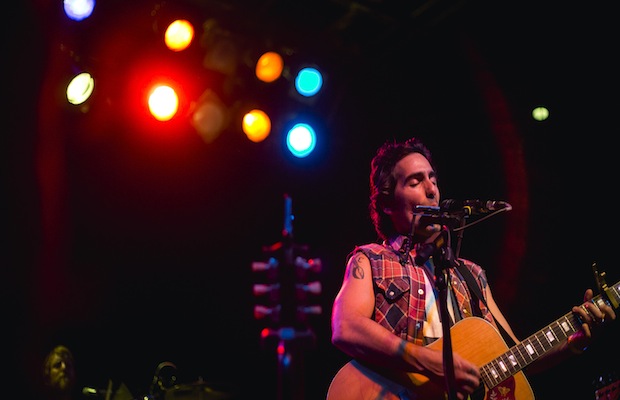 Soon after, it was then time for the headliners to take the stage. After setting up an entire floor’s worth of awesome amplifiers and guitars, Blitzen Trapper started to tear into “Rock and Roll (Was Made For You).” The crowd at Exit/In had slowly been growing and growing throughout the entire night. Now, with the headliners onstage, the floor was even more full and everyone was ready for some of the Americana influenced rock and roll that they serve up. Frontman Eric Earley led the band through songs from their latest album All Across This Land, and others from their now long and extensive career.

One of the most impressive parts of the set was when they went from their acoustic story “Black River Killer” into a cover of The Beatles classic “Come Together.” The transition showed the band’s ability to branch outside of what is comfortable and try new things. After closing the set with a boot-stomping version of their latest album’s title track, Blitzen Trapper came back for a six song encore that featured a Townes Van Zandt cover of “If I Needed You,” and another Beatles tune, “You Never Give Me Your Money.” The band ended this night proving their worth as modern day legends, unafraid to put a new twist on classic song form.

CAPPA Debuts "Other Girls" Music Video | Catch Her TONIGHT at RCA Studio A!