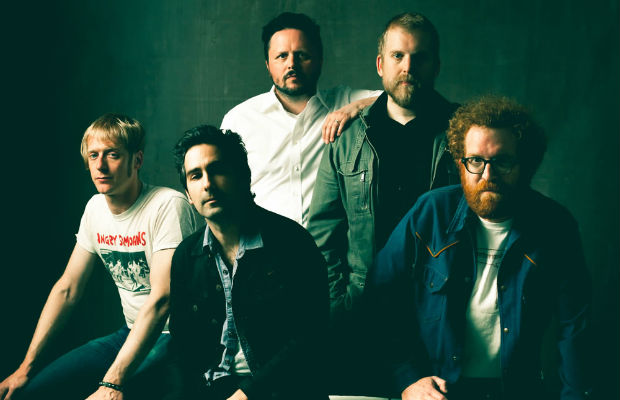 While the buzz of the weekend might have been SoundHarvest yesterday in Centennial Park, there are still plenty of other great shows going on around town as well. Just a few blocks from where the fest took place, our our good friends at Lightning 100 are bringing one of our favorite groups to town. Alternative country outfit Blitzen Trapper will be playing tonight, Oct. 18 at Exit/In to support their latest release. The group will be joined by The Grifters and The Domestics. The show is 18+ and starts at 8 p.m. Keep reading after the jump for our full show preview.

Blitzen Trapper are led by frontman Eric Earley. They have been a band since 2000, but it wasn’t until 2007 when this Portland, Oregon based group got a break with their third record Wild Mountain Nation. The record was their first to gain widespread attention, but was also the last that they would ever put out themselves. They immediately received praise of being a folk rock group that had great potential to breach genre and incorporate a healthy mix of influences. The record had inviting melodies that were painted with lush acoustic guitar parts, sometimes heavy distortion, and catchy rhythms. Since Wild Mountain Nation the band has established themselves as a country-rock powerhouse. They signed to Sub Pop in 2008 and stayed with them until 2013 when they moved to Vagrant Records where they have been since. The group now finds themselves promoting their eighth record called All Across This Land. They claim that it is their best album yet. Check out the title track below and see for yourself.

The Grifters are a band from Memphis, Tennessee. They was especially active in the ’90s when they had the support of such major artists from the decade as Jeff Buckley. After a hiatus, they have reunited for more touring and recording. The band take ’90s folk sensibilities and combine them with periods of heavy guitar driven grunge rock to make for a very entertaining listen. Check out “#1” and get ready for a spectacular show from art-rock veterans.

The Domestics are another folk rock band from Portland, Oregon supporting Blitzen Trapper on tour. The band is led by songwriters Michael Finn and Leo London. The two have each spent many years honing their craft in light of the trials and tribulations their lives have thrown at them. They have evolved the band into a alternative rock powerhouse releasing a very impressive 10 song record this summer. Their songs present satisfying chord changes and lyrics that can make any music listener smile with great appreciation of their intelligence and wit. Get there early enough to catch their set because they will not disappoint. Preview a sample below.