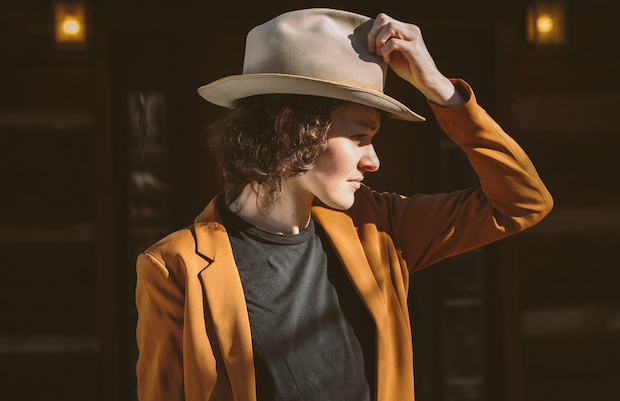 The Basement East is hosting a night of folky songwriting with two equally talented artists. Brooke Annibale is joining local Jesse Lafser while she stops through Nashville on tour for her new album. Both are creative folk songwriters with a powerful voice. The Basement East provides the perfect place to see an intimate, soulful performance. Doors are at 6:30 and show is at 7:00, so be sure to get there early. Tickets are $5. Read more below to find out about the artists and follow the link to buy tickets.

The team has had an eye on Jesse Lafser for a while, and for good reason. The singer-songwriter incorporates soulful blues into indie folk for an all around inspiring sound. The St. Louis to Nashville transplant just released Raised on the Plains, a 12 track album that showcases her storytelling and multi-instrumental talent. It’s reminiscent of classic American songwriters. She’s previously played Live on the Green and in venues all over Nashville. Her music video for “Jack Hat Blues” even featured Albama Shakes’ Brittany Howard. Listen to a song from the new album below and catch her tonight.

Brooke Annibale‘s newest album, The Simple Fear, was just released exclusively through Paper Magazine. It was recorded right here and produced by Justin March, who has worked with the likes of Cold War Kids and Kelly Clarkson. Annibale captivates with groovy folk pop and honest lyrics. it’s a relaxing listen you can’t help but like. Hear a new song from her record below and catch her while she’s in Nashville!