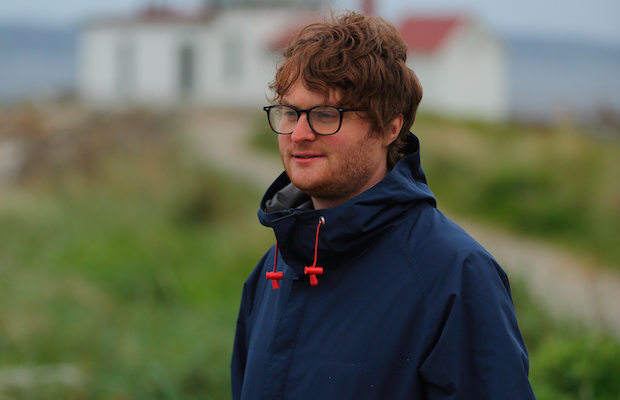 Looking for something to do tonight? Well look no further because alt rockers Telekinesis and Say Hi are making a stop at The Stone Fox on their fall co-headlining tour. Both of the Seattle-based headliners dropped new albums this year so expect lots of fresh, high-energy material. Nashville’s own *repeat repeat are kicking off the show, so be sure to get there on time. The 18 and over show starts at 9 p.m. Tickets are still available, so click here to next level your Friday night plans right now. Keep reading to learn more about the lineup!

Seattle native Michael Benjamin Lerner, the songwriter/drum aficionado behind Telekinesis, left his traditional power pop sound in favor of a more retro, electronic pop vibe for his fourth album, AD Infinitum. This time around Lerner ditched the professional studio and instead took to his basement, armed with keyboards, synthesizers and drum machines to produce the vintage pop sound of his latest effort himself. Check out the music video below for single “In a Future World” off the new album.

Say Hi’s latest release, Bleeders Digest, is the ninth for multi instrumentalist sole member Eric Elbogen. The album serves as the sequel to 2006’s vampire themed Impeccable Blahs, the last record Elbogen put out before shortening his band name from Say Hi To Your Mom. Fascinated with the supernatural creatures and their twisted history, the Seattle artist was compelled to finish the story he started nine years ago. So he took to his intimate home studio to record the buzzy pop rock follow up. Watch the music video for “Transylvania” below to get a taste of the album.

Blog friends and East Nashville heroes *repeat repeat are currently on tour in the wake of their 2014 debut album Bad Latitude. The surf rockcandy band’s much anticipated second album, titled Floral Canyon, is scheduled to drop next year. Until then, we’ll have to settle for catching the trio when they play around town. Be on the lookout for their Halloween show at The Crying Wolf. Check out the band’s first single “Mostly” from their album-to-be below.