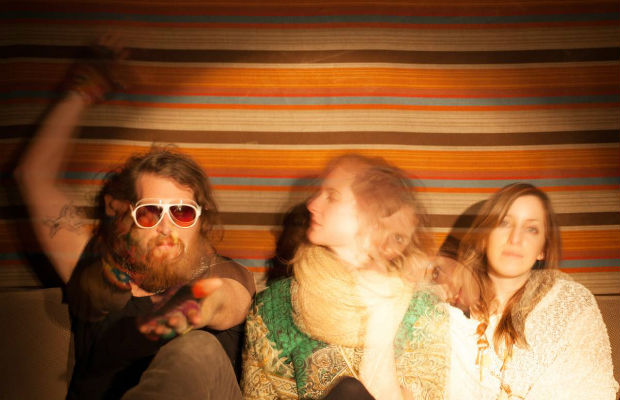 It’s mid-month which means it’s time for Nashville’s hippest residency of them all. That’s right folks, Communion is back at The High Watt TONIGHT with a diverse and exciting line-up featuring four new-ish, local-ish acts: Twin Limb, Daddy Issues, LANY and KAPTAN. Doors are at 7pm, show starts at 8pm, tickets are $10. Read on for more info about all the acts!

There’s a sense of enigma that accompanies Twin Limb.  Their official bio admits, “I have no idea what Twin Limb sounds like” and their upcoming debut EP (to be released Nov. 13) is entitled Anything Is Possible and Nothing Makes Sense. Beautifully atmospheric and accordion-heavy, listening to Twin Limb is like having a really life-affirming, magical dream about aliens touching down somewhere in Eastern Europe. They’re definitely one of the cooler things to come out of Louisville, KY in recent memory. There’s a reason this band’s been turning heads.

A parody Twitter account turned feminist grunge-pop band, Daddy Issues caught the attention of local label Infinity Cat Recordings when their song “Ugly When I Cry” went viral. Angelic, almost eerie vocals deliver lyrics that have a healthy dose of grunge-girl side-eye sarcasm. 2015’s Can We Still Hang, released digitally and on cassette tape, begins with the lyric, “I don’t want a stupid boyfriend”, and that is one of the only things you need to know. Come have fun smashing the patriarchy with Daddy Issues.

The 1980s, those magical years during which synthesizers met feelings, live on in LANY. The LA-based alt-pop electronic trio was founded in Nashville and gained traction quickly after uploading their initial tracks to SoundCloud about a year ago. They’ve been working hard ever since: touring, playing Lollapalooza and releasing 2015’s EP I Loved You. The emotionalism and expert production make LANY’s songs instantly lovable, as is evidenced by their fast rise.

Upbeat, driving and catchy, Nashville-based indie-pop band KAPTAN is a fist pump wrapped up in a checkered, summer picnic blanket. KAPTAN has released three singles over the past year on South By Sea Music, all three of which have been met with very warm reception. They are definitely an exciting act to keep an eye on.