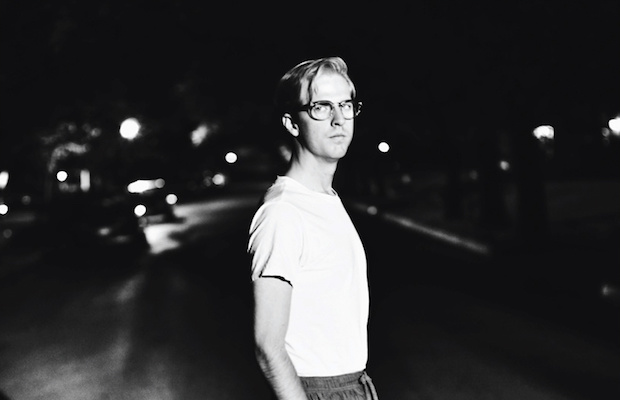 Former Nashvillian Christian Lee Hutson will bring his New York-based band and particular brand of sad country magic to The Stone Fox TONIGHT, Oct. 2 with fellow troubadours Bill Eberle and Zach Schmidt. One of the most distinctive and talented voices in the Americana scene, Hutson is not to be missed. Show starts at 9 p.m. and tickets are $8 at the door. Read on for more details!

With a touring schedule that can only be described as relentless and cruel and a burgeoning catalogue of soul-shatteringly beautiful songs, Christian Lee Hutson, at the (not so) tender age of 25, is by far one of the most compelling young voices in the Americana music scene. The tone of Hutson’s songs in his releases to date (debut LP The Hell With It and 2012’s Will Never Break Up) really is remarkably complex. Endearingly sincere one moment and self-deprecatingly dismissive the next, they read like a whole human laid before you, all mangled and beautiful in the same breath. This is a person about whom Sean Moeller has said, “He will change you. Go see him tonight.” With a mid-summer move to New York, a shiny new backing band and two (rumored) completed albums waiting in the wings, now seems like a perfect time to let Christian Lee Hutson change you.

A local favorite and Stone Fox regular, folk singer/songwriter Bill Eberle is a purveyor of stories. Reaching deep into the folk and country music that informs his writing and weaving it with the DIY attitude born of his Pittsburgh punk raising, Eberle’s debut release, 2013’s Self Titled, is both haunting and anthemic. If you’ve seen Bill once, there’s a good chance you are already planning to come back for more.

Like Eberle, Zach Schmidt is a Pittsburgh native turned local Nashville neo-classic country singer/songwriter. With the hat, boots and traveling-man ethos of a young Guy Clark, Schmidt is also a Stone Fox regular and is currently working on a sequel to his 2013 debut Horse or Truck or Train.

Christian Lee Hutson, Bill Eberle, and Zach Schmidt will perform tonight, Oct. 2 at The Stone Fox. The show is 18+, begins at 9 p.m., and tickets are available for $8.

[NO COUNTRY PREMIERE] Check Out Luke Boor's Music Video For "Darker Side"!