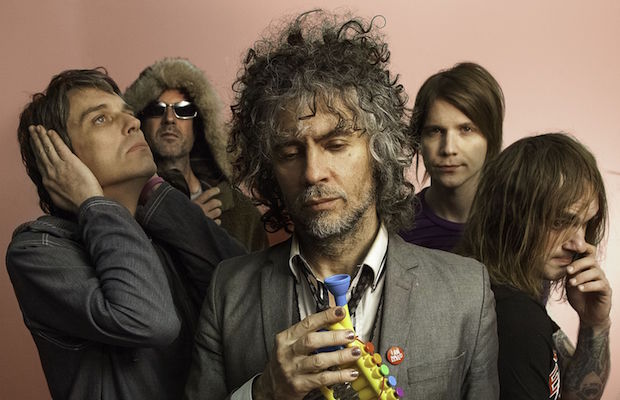 With Live On The Green and Pilgrimage over, one might mistakenly think that outdoor festival season is behind us. But Nashvillians are in line for one more treat, the Sound Harvest Music Festival, which, as we previously announced, takes place Oct. 17 at Centennial Park. This year’s inaugural features a headlining performance from one psychedelic rock pioneers The Flaming Lips. Ahead of the event, The Lips have announced that on Nov. 27, they will commemorate the 20th anniversary of one of their greatest albums Clouds Taste Metallic with a release entitled Heady Nuggs 20 Years After Clouds Taste Metallic 1994-1997.

Clouds Taste Metallic has often been critically referred to as The Flaming Lips’ magnum opus. Sometimes compared to the impact Pet Sounds had on The Beach Boys, it was an album that put the band on everyone’s radar as an important and prolific psych-pop group. It was also the last album to feature Ronald Jones on guitar. This reissue will be released in multiple forms. One of them is a three-CD set which comes with the original album, plus The King Bug Laughs (Oddities and Rarities), a promo CD called Due to High Expectations The Flaming Lips are Providing Needles For Your Balloons, and a previously unreleased live recording of the band at Moe’s in Seattle on May 10, 1996. The other form of the reissue is a five-LP box set that will also come in an “exclusive numbered and colored vinyl version.” This will include t-shirts and posters designed by frontman Wayne Coyne from the Clouds era. The album is now available for pre-order on the Lips’ website. If you pre-order, you will be cued up to receive downloadable tracks leading up to the grand release. The first one is a live version of one of the best songs from the original record called “Psychiatric Explorations of the Fetus with Needles.” Don’t miss out on this incredibly exciting release, and be sure to pick up your tickets to see The Flaming Lips heading SoundHarvest!