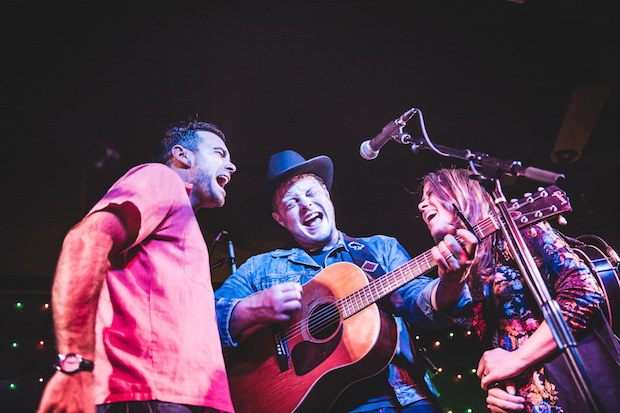 Last week, just as Americana Fest had us all eager with anticipation, our pals at Cause A Scene threw a show for the record books.  On the same night that the industry-connected and well-to-do were hob-nobbing inside the Ryman (I’m not judging, it’s an awesome experience), a few of the less fortunate (or you may judge as more fortunate after reading this recap) were all gathered at the American Legion off of Gallatin in Inglewood for a “secret show” with “secret performers”.  Turns out Cause A Scene truly lived up to their name by giving us an incredible show in one of the least expected venues in town featuring sets from Hugh Masterson, Cory Chisel, The Lone Bellow, and Nikki Lane.

We’ll blame the late night for this writer not making it out to see much more of the Fest (and the tardiness of this recap), because 3am Wednesday nights of this caliber just don’t happen that often.  Head below for our full recap of the evening and some stellar photography from Jake Giles Netter.

While most of the Nashville working folks were making their way towards bed, I found myself walking down McGavock Pike stunned at the “secret” lineup, that we had gotten a heads up on the day before, happening just down the street from my house.  I’ve been to “The Post” before and saw their stage set up, but never imagined myself wandering down the street at 10 pm on a Wednesday night to catch a show there. 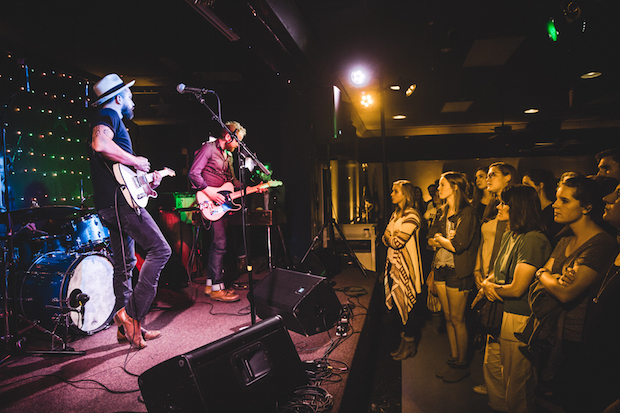 I walked in to an almost tentative crowd listening to Hugh Masterson and his band (aka Hugh Bob & the Hustle) entertaining with a a twangy soul fired set of rock tunes that was serving as the ice breaker for what was to be an amazing first musical date at The Post.  The stage was lit with Christmas lights as a back drop and a much more impressive stage lighting set up than I expected for the old military hang, and it took only a matter of a few minutes to get into the groove of the evening. 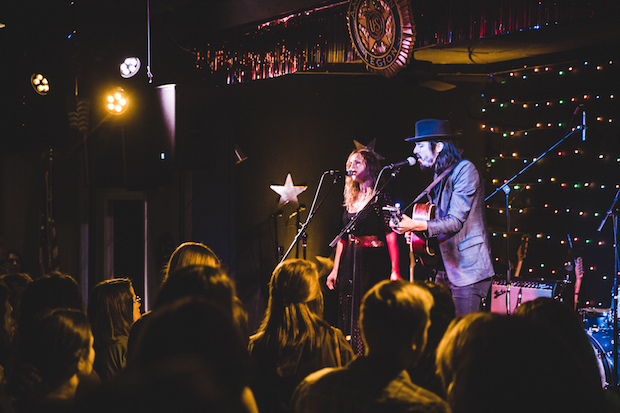 By the time Cory Chisel took the stage, the true “homecoming” vibe of the night started.  It was as though we were at the local watering hole and celebrating the specialness of the evening.  Chisel and his wife captivated with a stripped down set featuring his stellar songwriting and heartfelt humility.  He spent time between songs discussing his friendship of fellow Wisconsonian, Hugh, and his love of the Packers, while tuning his acoustic guitar.  If you haven’t had the chance to check out the Nashville resident, it is really a personal experience with one of our city’s finest songwriters and performers. 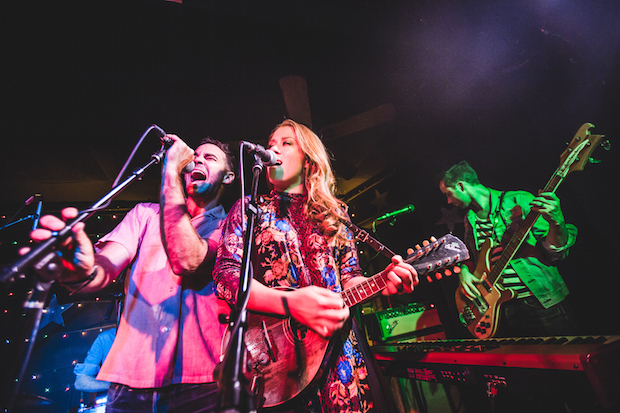 The booze was flowing between both artists and fans by the time The Lone Bellow took the stage.  Having come straight from the Ryman, where they were nominated for Group Of The Year, it gave the feeling that they had come straight back to their hometown pub after the awards festival to celebrate with close friends and family (that would be us).  They started the set off with a question for the crowd, “Should we move to Nashville?  Would you have us?”  A rousing applause showed the crowd’s approval, and only helped to electrify their eclectic set that seemed to tease a cover between each song, as the clearly jubilant guitarist (and former Nashville native) Brian Elmquist would rock a few bars, showing his knowledge of fun 90’s music.  After he finally worked the band into a cover of Third Eye Blind’s “How’s It Gonna Be”, frontman Zach Williams implored the crowd to “not tell anyone that happened.”  That didn’t stop Elmquist though, who somehow got a crowd-sung cover of TLC’s “Waterfalls” going.  This only served to show that an act, that is serious about their art and dedicated to their craft of musicianship, songwriting, and spot-on harmonies, was clearly in a celebratory mood.  They honored the event by thanking the veterans that let them play there, and even brought in Kristin Diable for a duet at the end. 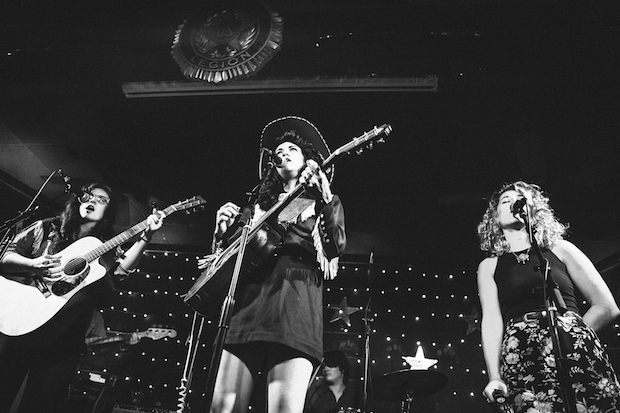 By the time Nikki Lane got to the stage it was after 1am, which was probably causing some consternation for the event organizers who were surely trying to beat out a venue curfew.  The crowd had thinned, but that didn’t stop Lane from giving her all in a true hometown honors show fitting of her earlier accolades at the awards festival as a nominee for “Emerging Artist Of The Year.”  Lane dazzled despite the waning, increasingly intoxicated crowd, and the only highlight that topped her performance was watching Cause A Scene honcho, Larry Kloess, escorting the elated starlet out of the venue by dolly to her awaiting tour van.

I’ll end this with “Bravo, Cause A Scene!”  It takes something pretty special to keep me out seeing music into the wee hours of the night anymore, and your show has left me bragging to friends for the past week.  Head below to check out a gallery of incredible photos from Jake Giles Netter to dig into this special evening even more.