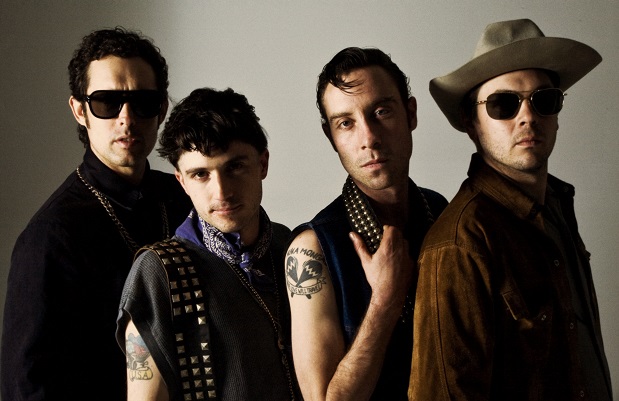 If you’re broke but you love garage punk, we have some good news for you! Atlanta party rockers the Black Lips will be playing a Red Bull Sound Select show at Exit/ In TONIGHT and as with all RBSS shows, you can get in for just $3. The catch is you have to RSVP to the event online, and spots are not reserved, so entrance is first come first served. Opening up are raucous raunchy rock band Baby Baby, and local psych rockers Music Band, so this puppy is sure to fill up fast. Read on for more details, and we hope to see you out and about for what promises to be a rowdy Wednesday night.

Easily one of the best garage punk bands of the last 15 years, the hellions hailing from Atlanta, also known as the Black Lips, have developed a near cult following. Tales of phallus flailing, loogie hacking, and all other sorts of on-stage shenanigans have helped build a unique mystique that isn’t just shtick. When touring in support of their sixth studio album, their fourth with Vice Records, called Arabia Mountain, the Lips broke new ground in the Middle East with three stops in Egypt, marking the first time a U.S. band played there since The Dead popped in for a visit in ’78. In 2014, they dropped Underneath The Rainbow, and, after a lineup change, they’ve been on touring on-and-off since. The ruckus peach state rockers will be anything but boring, so I hope you have some hump-day party in you once they take the stage.