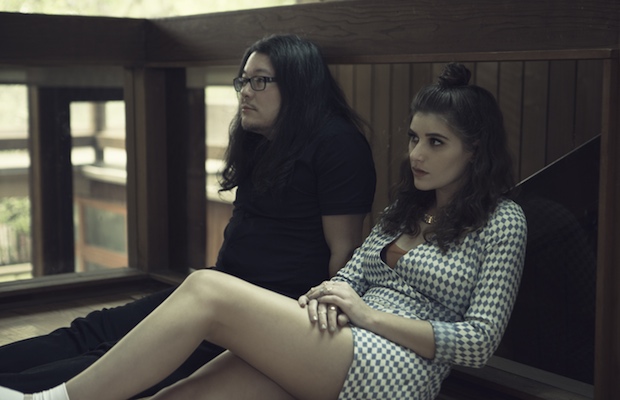 No, you’re not experiencing déjà vu; SoCal indie popsters Best Coast and alt punk outfit Lovely Bad Things are set to perform TONIGHT, Sept. 15 at Exit/In, the same spot both bands passed through in 2013. A lot has happened for buzzworthy duo Best Coast since; notably, the release of their long-awaited third full-length, this year’s California Nights. With their minimalist, breezy, vintage flair and the magnetic and earnest personality of frontwoman Bethany Cosentino,  the band have cemented their status as one of the most exciting indie rock acts around, and their live show never disappoints. Grab tickets here and read on for more!

Made up of guitarist/vocalist Bethany Cosentino and multi-instrumentlist Bobb Bruno, Los Angeles indie pop duo Best Coast have, over six years and three albums, transformed from a jangly, lo-fi, surf and vintage pop project to certifiable indie superstars. Their latest, California Nights, rekindles the SoCal-lovin’ charm of their debut, but also reflects their maturing style and slicker production adopted on 2012’s The Only Place and 2013 EP Fade Away (from which producer Wally Gagel returns to helm the new disc).  A charming and versatile live act, they’ve enlisted the help of a few additional backing players on recent tours, to better flesh out their sound, and with several years of world tours with impressive and diverse artists, festival and television appearances, and an ever-increasing reputation for being one of the best acts in indie pop, Best Coast are a must-see band.

[No Country Premiere] Stream Brandy Zdan's New Single "Back On You"