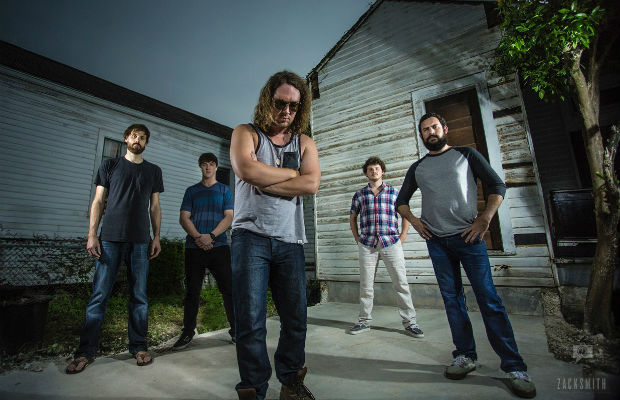 Do you have the post-Labor Day blues? Are you heartbroken over the return to school? Are you absolutely distraught over the glorious summer coming to an end? Well, live music is always a helpful cure for such an ailment. The perfect dose of relief would be to head over to the Exit In for a double dose of funk from Main Squeeze and Earphunk with a side of groove from Mutual Groove.

Tonight’s show will cost you $14 to get in. The doors are at 8 pm and the show starts at 9. So get in that dancing state of mind and head on down to the Exit In tonight. Find out more about the bands below.

New Orleans is no stranger to good music. Countless amounts of funk, jazz, and soul musicians come from The Big Easy. Some make it big; others never leave the city. But no matter what, there is a strong sense of camaraderie between all of them. Earphunk come from such a town. As college students, the members played together with no real intention of becoming full-time musicians. But as things progressed, it became more of a reality. Now three albums and hundreds of shows into their career, the band finds themselves in the midst of nationwide success. Last year, they released their third album, Sweet Nasty, exclusively on BitTorrent in August. The album package came with music videos, live shows, and plenty of album artwork. Locked and loaded with a full-blown horn section featuring members of Lettuce and Rebelution, the album showcases the bands ability to make their mark in the world of funk and soul music. They have been touring to support it all of this year, captivating audiences at each stop they make. Even funk legends have caught on to the band’s talent and stamina. George Clinton once said to them, “Y’all ain’t your average white band!” See for yourselves and check out the video below that features the band and their take on Daft Punk.

The Main Squeeze hails from Chicago, but they got their start when founding members Ben Silverstein and Max Newman began writing music together at sleep-away camp in Upstate New York. While studying in Indiana, they formed The Main Squeeze and moved to Chicago. The band’s website boasts that they are equal parts funk, soul, and rock and roll. They describe themselves as a healthy blend of Stevie Wonder and The Red Hot Chili Peppers and this illustration couldn’t be more accurate. Their self-titled second album put them on the map as an energetic, diverse, and incredibly talented group of musicians. In the past few years, they have played some of the nation’s most popular music festivals, such as Bonnarroo and Gathering of The Vibes. Their live performances have captivated audiences everywhere. They feature complex jams and intense grooves. Check out a sample below.

Recently added to the bill are local Nashvillians, Mutual Groove. Consisting of only Dave Martin on drums and Pat Graves on bass, the duo aims to be the epitome of rhythm sections everywhere. They started playing music together eight years ago as members of the band Wings of Apollo. When they discovered their innate ability to lock in together as a backbone of the band they went on to form their own project. They have been playing around Nashville ever since. We look forward to seeing the groovy sound and feel this band is able to give off with such a simple setup.