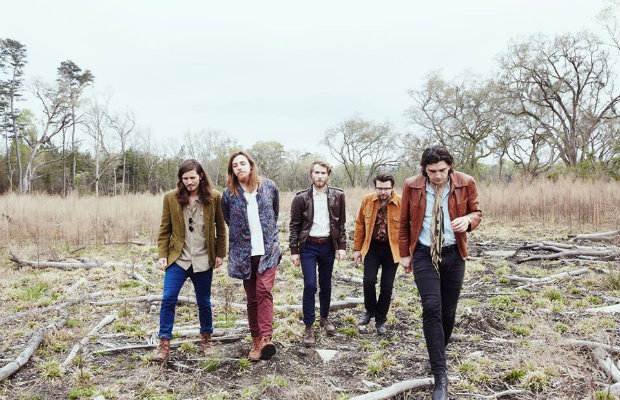 Brave Baby is a big band. Not in the way that they have lots of members, but in how their songs are automatically catchy and sound perfect blasting from your car’s speakers. And, it doesn’t hurt that they have a touch of the bombast of bands like Arcade Fire and The Killers. Their song “Plastic Skateboard” is a summer anthem, the exact thing you want to hear when summer is waning, but you’re still trying to soak in those last rays during the day and find a band that will make you feel like the season’s not quite over in the evening. They’ll be playing with Heyrocco and ET Anderson at the Stone Fox tonight, September 11th. The show begins at 9 pm (doors at 8pm), is 18+ and will cost you $10 at the door or $8 here.

In the six years they’ve been together, Brave Baby has logged thousands of miles on the road, played hundreds of shows, and just released their second full length album. Their sound is catchy, but with clearly psychedelic ‘60s influences. Formed when the members (who were all in other bands) found themselves living together, they write constantly and plan to continue touring on the heels of Electric Friends, which came out in July. They’re the perfect soundtrack to a late summer Friday night, and are a band that definitely should definitely be on your radar.

Heyrocco put on a live performance that not many bands can top. With a loud, fuzzy sound that’s reminiscent of Pavement, the band rolls around and thrashes on stage, putting on an all-around good show. If you want to hear some fuzzy guitars, Heyrocco’s got your fix.

ET Anderson rounds out the bill of all South Carolina bands. Anderson’s music is lo-fi and sparse; sounds and instruments come in alone, in sequence behind his vocals, in a way that’s entrancing. Anderson’s sound may be different from Heyrocco and Brave Baby, but his music is easy to listen to and every bit as interesting as the more upbeat bands on the bill.

Brave Baby, Heyrocco, and ET Anderson will perform tonight, September, 11th, at The Stone Fox. The show is 18+, begins at 9pm (doors at 8pm), and tickets are available for $8, here.