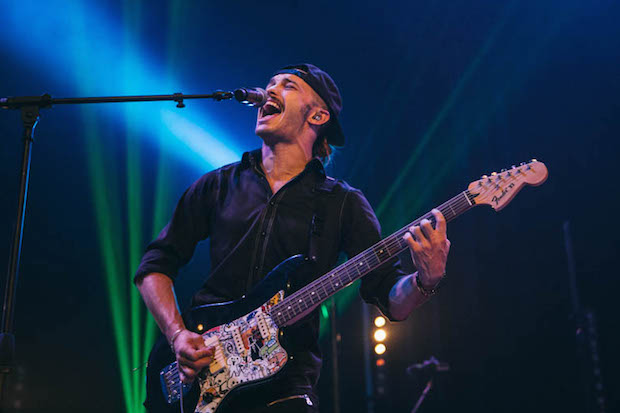 Blasting off on their massive “So… You DTF?” fall tour in front of a hometown crowd, Cherub turned The Ryman Auditorium into a dance-party unlike anything we’ve ever seen there before. If you were in attendance, you know. If not, consider yourself unlucky, because it was bananas! Also impressive were like minded locals Future Unlimited, who kicked off the raucous night of live music. Read on for our thoughts and for some great shots from contributing photographer Amber J. Davis.

Whenever an opportunity to see someone play The Ryman presents itself, you should probably take it. I, for one never turn down an evening of live music at The Mother Church, and the latest chance I was given to cover a show there was a dozy. Whenever it’s two resident acts (who are both rising in the local and nation consciousness) performing, things always become even sweeter. 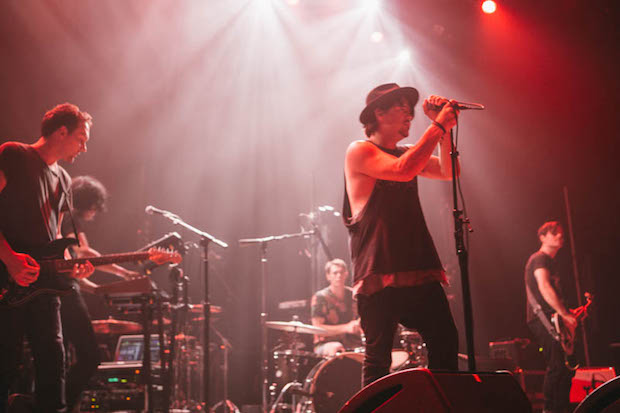 Starting the evening off right, Future Unlimited kicked out their now familiar blend of electronic-laced, moody, post-punk tunes to a sparse but growing audience of revelers. It was definitely a younger crowd at The Ryman than I’ve been accustom to. The fact that the University of Tennessee had just finished a season opening game at Titan Stadium, just across the river from the Ryman, was a factor. Judging by the overwhelming number of people in Vol Orange, many had made their trip to Nashville a full 24 hour endeavor. Building on their Road To Bonnaroo win (and a great set on The Farm), Future Unlimited continue to impress me, maturing as a band. They’ve begun playing even tighter, and have built a fan base with the college crowd, especially those in attendance. The audience had double by the end of their set, and a growing contingency gathered at the front of the stage, reaching for high fives and rocking out;  a sign of things to come. 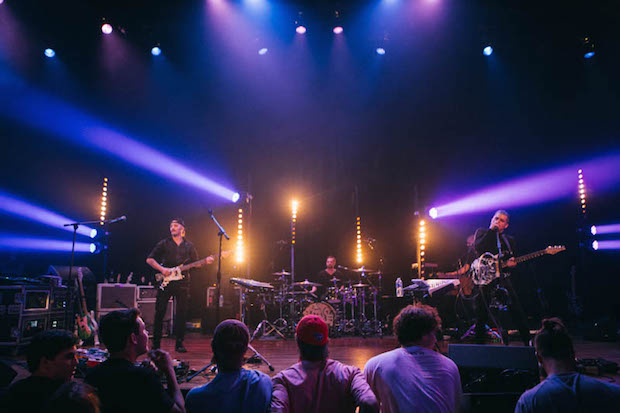 After a short break in the action, I squeezed past a cluster of cackling college coeds, and took my place in the shortest beer line I have EVER seen at The Ryman … a definite plus to a show with a young crowd. I returned to my seat and had to chase off a group of X-handed teenagers. They politely left, and when the lights dropped it become obvious seats wouldn’t really matter much anyway. All of them, plus many, many more rushed to the front, clogging the aisles, and throwing the famously genteel red-jacketed Ryman ushers into a tizzy. It was apparent, no fucks would be given by the party kids.

Local heroes Cherub seem to have that effect on their fans, with their super high-energy, party anthem ready, electro-rock bangers. From the first song on, The Ryman was a giant sing-along-college-dance-party, and it was glorious to watch. Originally performing as just a duo, Jordan Kelley and Jason Huber are very impressive to watch live. Light displays for days, while they bounce around from station to station, adjusting levels at their stand-up decks, tweaking sounds on their guitar pedal array, changing instruments with ease, and all the while interacting with the crowd. They can shred when they want to, lay down a beat on electric drums in the same song, and, maybe the most impressive, their talk box skills rival famous TB practitioner, Peter Frampton.

Kicking things up yet another level, they’ve added two long-time collaborative friends, and formed a proper band, which they debuted just for the occasion. Cherub rocked through all their most popular songs, including a big chunk of their latest offering, Year of the Caprese. With every track, the energy grew in the great hall. People every where bounding around, and danced to the rhythm until you couldn’t even see the pews. Everyone would be hot and sweaty before they were through. They came out for an inspired three song encore, closing the night out with the fan favorite, and the song that put them on the map, “Doses and Mimosas.” The audience went apeshit, singing along to the impossibly catchy hook. The men of the hour, Jordan and Jason, popped corks and spread bubbly all over the front row, while college girls took selfies with one another. Some bro in the very front was brandishing a freshly polished-off fifth of Fireball. It was beautiful chaos and it made me long for my formative years.

Over-all, it was a massively successful start, to a tour that will no doubt take Cherub to the next level. After selling out Marathon Music Works, and now rocking the Ryman with respect, they can certainly start setting their goals even higher. Maybe Ascend next summer? For now they will embark on the national tour, but you can get a little more of them below in the wonderful photo spread from Amber J. Davis.