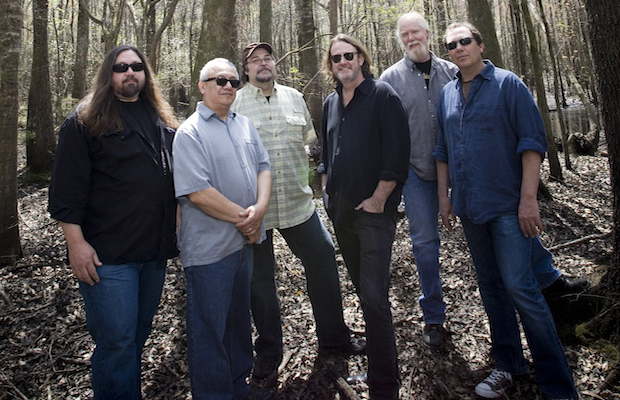 It’s Labor Day weekend in Nashville, and that means one extra day to do something fun before you go back to the daily weekday grind. Use your time wisely and head to Ascend Amphitheater TONIGHT, Sept. 5 and/or TOMORROW, Sept. 6 to catch Widespread Panic while they stop through town. Their two night run is sure to be packed full of hits from the past few decades, and will boast setlists much anticipated by followers and fans of the jam band. They put on an all-around incredible show down to every aspect, so grab your tickets and read more about the shows below!

The cream of the crop of jam bands, Widespread Panic have been at it for nearly 30 years. The Southern prog-rock trailblazers take notes from psychedelia, classic rock, and Americana for a curated sound unique to them. Following after the likes of Grateful Dead and Phish, while paving the way for others such as Umphrey’s McGee, Panic are known for their live show- from on-stage light displays to long, drawn-out improvisational jams. Their touring repertoire is that of true musical veterans; they hold several records for most sold out shows at some venues. It’s no doubt Widespread Panic have become an American classic, and you definitely want to check them out one (or both!) of the nights this weekend. With a setlist is sure to provide you with some entertainment, and a legendary, extra-long live show, you can’t go wrong!