Third Eye Blind Premiere “Get Me Out Of Here” Video | Catch Them Oct. 23 at Vanderbilt’s Commodore Quake 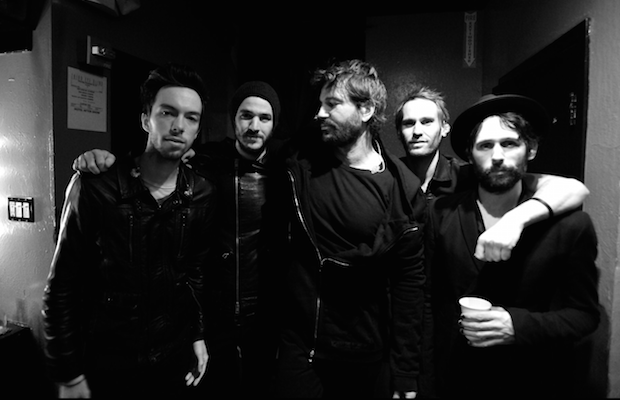 Famed ’90s alt rock act Third Eye Blind might not be as engrained in the mainstream zeitgeist as they were following their smash, self-titled 1997 debut, but, unlike many of their peers of that era, the group have never faded away, continuing to tour and release music going on more than two decades now. They’ve always been a band with stronger songwriting chops and more timeless pop sensibilities than many radio artists of their era, thanks largely to frontman Stephan Jenkins, and have found their sound able to adapt with the times, most recently culminating with surprisingly pleasant fifth album Dopamine, a callback to their early ’00s sound. The group are set to co-headline this year’s Commodore Quake at Vanderbilt’s Memorial Gym on Oct. 23, along with Nashville-based country act The Band Perry, marking a break in the more rap-leaning bills of the last few years of the annual event. Ahead of the outing, 3EB have dropped a new music video for Dopamine track “Get Me Out Of Here,” directed by Jenkins himself and featuring some NSFW scenes, a wonderful amount of self-awareness, and even a quick cameo from Dashboard Confessional’s Chris Carrabba. Check it out below, and grab your Commodore Quake tickets right here.