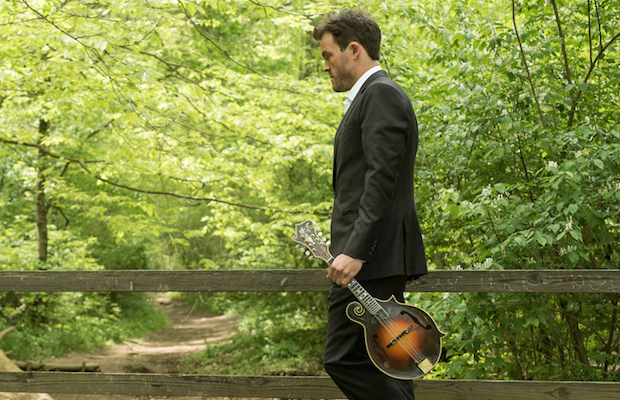 In promotion of the upcoming sophomore release, FrazierBand: Some People Change, acclaimed Nashville multi-instrumentalist, John Frazier is continuing the journey in hybrid bluegrass with his FrazierBand project.  The band features Frazier (vocals, mandolin, guitar, fiddle), banjo players Matt Menefee and Kyle Tuttle, and drummer Jim Kittleman, who joined together in 2011 to release their well received self-titled debut.  In anticipation of the release of the new album next month, the band asked us to exclusively premiere one of the new tracks, their awesome take on The Beatles’ “Mother Nature’s Son.”

When asked about the choice of the song for the album, Frazier tells us, ““I’ve always been a Beatles fan, since I was about 10 years old listening to “Help.”  The albums that really stuck with me through the years are Let it Be, Abbey Road, and the White Album.  When I was in the pre-production phase of this new FrazierBand album, my manager challenged me to find a cover that we could do in a unique way that would fit with the scope of the band and the sound that I was after.  I have always loved the song and I actually think of it as a country song, particularly the lyrics.  Working on the arrangement, I found a way to put a country/train beat behind it so that it would groove, and also a fiddle solo in the middle.   I’m really happy with the way it turned out, and especially with the interplay between the vocals, fiddle, and flute.  I feel lucky to be able to record it, and if Sir Paul is ever listening and digs what he hears, tell him I said “thanks and call me anytime.”

We’d imagine Sir Paul will have the same adoration for the cover that we do.  Head below to have a listen to “Mother Nature’s Son,” and keep your ears tuned for one of the freshest sounds to come out of Nashville in some time.