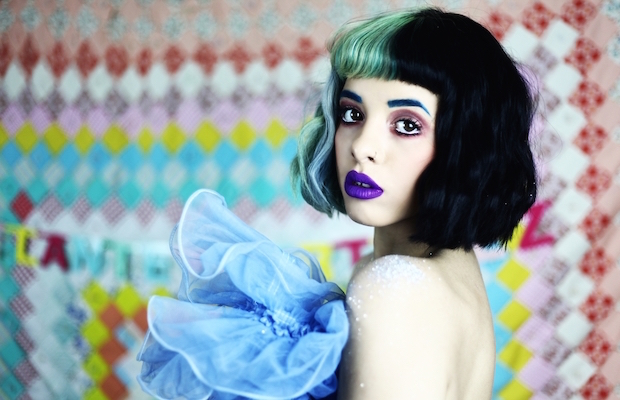 If the crowded, sweaty insanity of watching indie rock bands at Live On The Green isn’t really your bag, we’ve got an alternative plan for your Thursday night. Alt-pop singer Melanie Martinez was originally set to play The High Watt tonight, but the overwhelming demand to see the “Dollhouse” singer caused the show to be moved up to Mercy Lounge. Our sources there tell us that this show is about to sell out for a second time, so read through for more info about the lineup and go ahead and snag your tickets to catch this rising star in an intimate setting along with Handsome Ghost before they’re gone once more.

In the world of pop music, it can be hard to set yourself apart from the pack, but that hasn’t been a problem for Melanie Martinez. The 20-year-old Long Island native released her debut album Cry Baby two weeks ago, and it’s already climbed to #1 on the Billboard Alternative chart #6 on the Billboard 200 chart, which is impressive, to say the least. The album, focused around the concept of combining child-like imagery with real, dark issues, is a refreshingly honest take on ordinary life and the perception of stardom. We’ve heard that the production on this tour is going to be very elaborate and aesthetically appealing, thanks to Martinez’s own creative direction. Check out the video for “Pity Party,” which the Voice album directed herself, below.

The sound of Handsome Ghost, the brainchild of Boston-based musician Tim Noyes, is a combination of folk music with subtle electronic elements. The former folk musician started experimenting with other influences, including everything from R&B to pop, and combined them to create last year’s debut EP Steps, which you can listen to the title track from below.

Melanie Martinez and Handsome Ghost will perform tonight at Mercy Lounge. The show is all ages, begins at at 7:30pm (doors at 6:30pm), and tickets are available for $20.