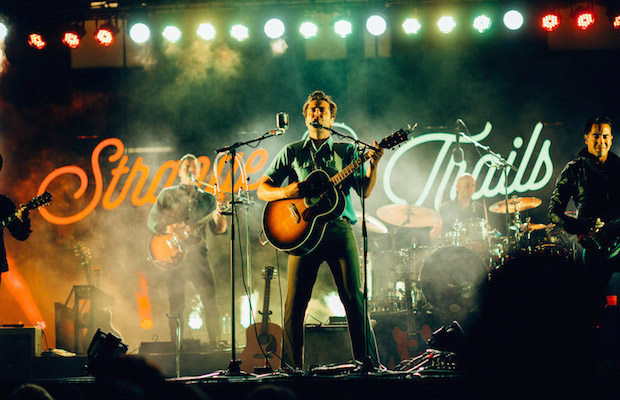 Whether or not we’re prepared to admit that it is, in fact, already late August, and summer will soon be nothing but a distant memory, Live on the Green, Nashville’s premiere, free, outdoor music fest, returned, like clockwork, for yet another big year on Thursday. Like last season, the annual event, hosted in Public Square Park downtown, will run for just four weeks instead of its former six, and will conclude with a speculator three-day weekend blowout, expanded, for the first time, to include a second stage of performers. The inaugural installment kicked off with Los Angeles folk rockers Lord Huron, along with the eclectic and unparalleled alt/folk/Americana singer Shakey Graves and local rockers Elliot Root. As always, we were on site to take in the fun, and you can find our recap and photos below!

This is my fourth year of attending Live on the Green, and, while the fest itself has pretty much stuck with its tried and true format, albeit expanding wherever possible, as long as I’ve been a patron, I’ve watched the crowds change tremendously. Always popular, Live on the Green, whether through word of mouth, caliber of artists, or just as a byproduct of Nashville’s own boom status (probably a combination of all three), has swelled to what can only be described as massive, and, even at the early start time, just shortly after six, the park was already jam-packed with attendees. Perfect weather and anticipation for another wonderfully curated year definitely had the crowd buzzing, and, following a short intro from our friends at Lightning 100, locals Elliot Root took the stage for the honorable distinction of kicking off the season. 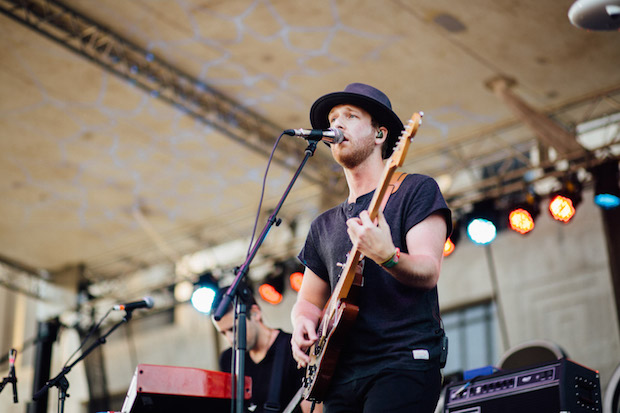 Though we’ve covered the band a few times, and I’ve listened to the handful of EPs they have floating around online, I’d never personally seen Elliot Root (and yes, that’s a band, not a person) in concert. I knew their sound was a bit more energetic, but I assumed their show would be more inline with the folk-leaning national acts who rounded out the night. I was wrong; they were loud, full of energy, and decidedly more rock and roll than the rest of the bill. Blasting through selections from their trio EPs, at least a cut or two I didn’t recognize, and a wonderfully electrifying cover of Whitney Houston’s “I Wanna Dance with Somebody,” the group, led by the magnetic energy and confident presence of frontman Scott Krueger, brought the perfect amount of spirt and intensity to get everyone pumped for the hours of music to follow. 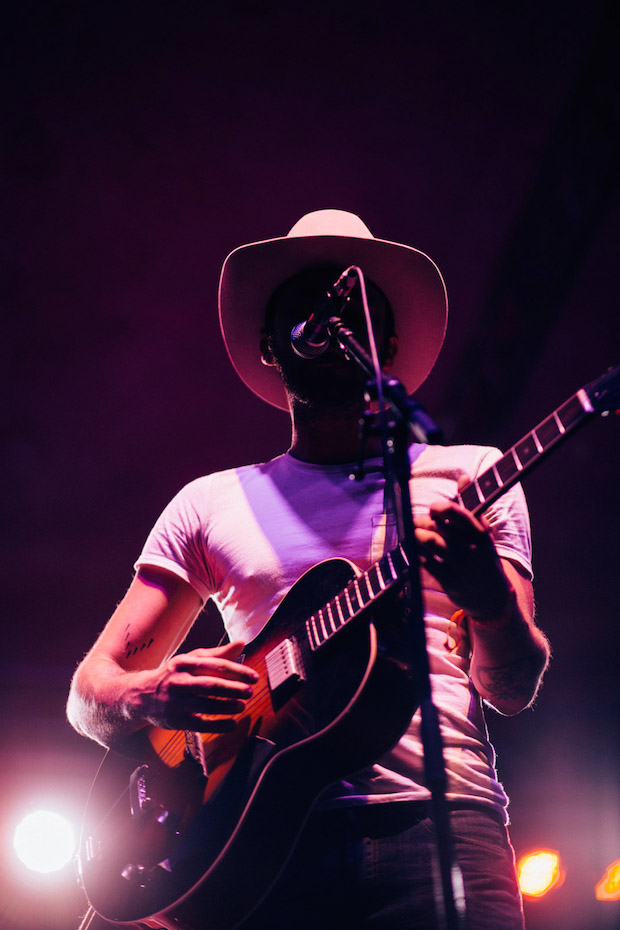 After what felt like an especially long changeover (never say LOTG doesn’t give you your money’s worth; almost four hours of free music is hard to beat), Shakey Graves, real name Alejandro Rose-Garcia, took the stage. I’m used to see the unique singer/songwriter/multi-instrumentliast in more confined club settings, where the nuance and eclectic nature of his performance can be more intimately conveyed, but after his epic set a few months back at Bonnaroo, I was more or less prepared for the scaled approach he would bring to Live on the Green. Like at Bonnaroo, Alejandro brought out a drummer and second guitarist/bassist to fill out the more complex, uptempo songs, especially from last year’s And the War Came, but, not one to completely abandon his roots, still delivered much of the show with the traditional one-man-band setup he initially gained fame for. Delivering flawless renditions of crowd favorites like  “Dearly Departed” and deep cuts like “Roll the Bones,” my personal highlight of the set came when Shakey invited local artist Rayland Baxter out to play what he introduced as a “old, traditional standard,” but what turned out to be a cover of ’90s Everclear anthem “Santa Monica.” Well played, Shakey Graves. 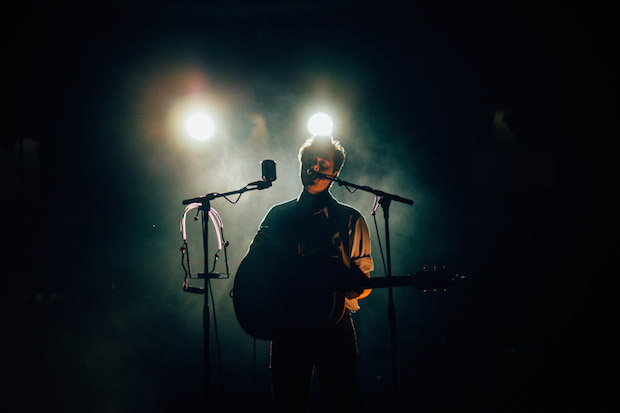 As mentioned in our show preview, Lord Huron are a band who hold a special place for us, because, despite their west coast home base, we’ve literally watched them grow from playing to sparsely attended High Watt crowd to headlining The Ryman, and, now Live on the Green, in only a few years- a feat earned through not only an incredible musical journey, but through relentless touring and a fine-tuned live show. It’s no secret that Nashville loves these guys, and that’s never been more apparent that with the massive turnout this week (I’ll have to wait until the fest releases numbers to know for sure, but it had to be up there with one of the best attended installments yet).

Bathed in near darkness and smoke, illuminated only by large backlights, the band, led by singer/songwriter/visionary Ben Schneider launched into “Love Like Ghosts,” the opening track from their latest LP, Strange Trails, before continuing in running order with significantly more upbeat “Until the Night Turns” and hypnotic tune “Dead Man’s Hand.” This would set the pace for the rest of their performance, weaving between their folky, harmonica-laden, and hypnotic tunes of longing, loss, and adventure, conjuring the “cowboys around a campfire” vibe they’ve used to craft their image, as well as the more aggressive, fleshed-out, and rock derived numbers that showcase Schneider’s move towards a proper full band sound. While the new stuff sizzled, the standouts, at least for me, are still the group’s breakthrough singles “She Lit a Fire” and set closer “Ends of the Earth,” which segued into a very necessary encore of “The Night We Met” (appropriately, Strange Trails’ closer) and career-making single “Time to Run.” At this point, it would take a lot for a Lord Huron show to surprise me, and that’s ok, because their enigmatic presence, attention to visual meets musical detail, and wonderful and eclectic catalogue are all I need for an amazing show, and this was certainly the best I’ve seen them play yet. Tired, happy, and eager to continue the fun in coming weeks with another great season of Live on the Green, I headed home, another successful Thursday, while envious of those with enough energy left to attend the official afterparty at Acme.

Next week, Live on the Green continues with Cold War Kids, J Roddy Walston & The Business, and Houndmouth. Head to the fest’s site for details, and keep an eye out for our full preview.

The Night We Met
Time to Run