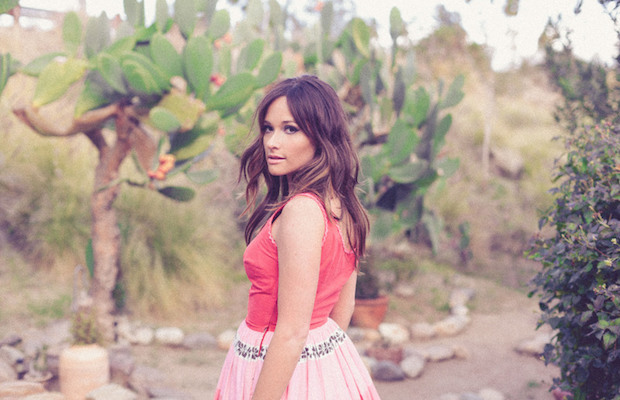 A couple months back, we told you that Nashville country starlet Kacey Musgraves had stopped by NPR to record an installment of their popular “Tiny Desk” series, and, given her excitement for the then-breaking Supreme Court ruling on same-sex marriage, opted to play her equality-themed single “Follow Your Arrow” in celebration. Musgraves’ performance of that track was rushed to release, given its timeliness, and, now, finally, the rest of her session and interview has premiered online.  Though set closer “Arrow” comes from Musgraves’ debut album Same Trailer Different Park, the other four cuts, filled out semi-acoustic by her talented backing band, appear on her latest, Pageant Material: “High Time,” “Family Is Family,” “Late To The Party,” and title track “Pageant Material.”

Following a stunning set at this year’s Bonnaroo, Kacey announced a Sept. 23 performance at The Ryman, then a second night, on Sept. 24, both of which have since sold out. But hey, you can still watch her lovely NPR performance below.