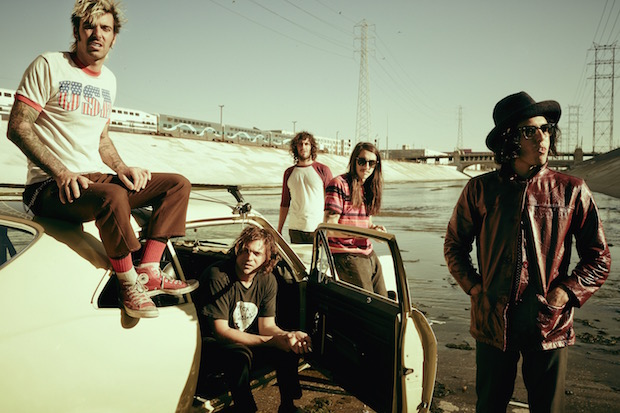 Genre bending indie rockers The Growlers caught our attention at Bonnaroo 2015, where they captivated us with an inspired live performance. Now the self-described “beach goth” five-piece is happy to release a new music video for the title track from their 2014 LP, Chinese Fountain (Everloving Records), so be sure to check it out after the jump. Even cooler? They’ll be stopping in on Music City on October 12th, playing a gig at Exit/In with Australian band The Babe Rainbow. Tickets are available for $16-$22, but get some while you can, because we’ll be hyping this show even more, and it has a good chance of selling out. Click on, to see what’s got our juices flowing, and don’t miss this show.