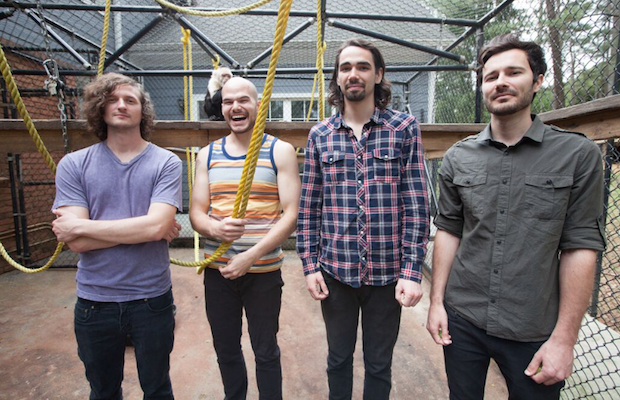 Eclectic Atlanta punk/indie/post-hardcore group Microwave have been making waves in recent months, getting scooped up by SideOneDummy shortly after self-releasing their stellar debut LP, Stovall. While they pass through Nashville on a semi-regular basis, we understand if they’ve stayed just below your radar (they weren’t on our until earlier this year). So, if you haven’t had a chance the see the group live, or you’re eager to do so again, you can catch them tonight, Aug. 19 at Cafe Coco, an all ages, $8 show that also includes an impressive local lineup of support, boasting Secret Stuff, Beer Head, and Low Beam Rider. Keep reading to find out more about all four bands; fans of punk and emo, you don’t want to miss this!

Atlanta’s Microwave are the definition of an “artist to keep an eye on.” Funneling punk sensibilities into an indie and eclectic sound, also channeling elements of emo and post-hardcore, the group’s debut full-length, Stovall, is an incredible release that channels so much of the emotion and aesthetic of many memorable scene classics, and their close proximity to Music City means they make it to town for shows fairly often. Tonight’s headliner is a testament to their growing buzz, and the band just finished a run supporting You Blew It! and Sorority Noise. Come see what all the fuss is about.

A part of Nashville’s flourishing underground emo/indie scene, which, by now, we can’t even call a “revival” anymore, because this scene is just plain back and as rich as it’s ever been, Secret Stuff take cues from the midwest emo of the ’90s, combining twinkling, noodley instrumentation with driving, earnest vocals and dynamic arrangements.

Based in Nashville and Springfield, MO, indie punk duo Beer Head recently released their debut EP, Wait It Out, from which we premiered single “Facts.” Channeling a melodic, lo-fi, and layered sound, the group conjure a haunting and emotional aesthetic with riffs and driving garage punk hooks that’ll stay stuck in your head all day.

Proggy, poppy post-rock act Light Beam Rider hail from Mississippi and are seemingly calling Nashville home these days. Channelling a bit more manic energy and upbeat tendencies than the rest of this lineup, they’re a perfect pick to kick of the show on a high note, so show up early and show them some support!

Microwave, Secret Stuff, Beer Head, and Low Beam Rider will perform tonight, Aug. 19 at Cafe Coco. The show is all ages, begins at 7 p.m., and tickets are available for $8.