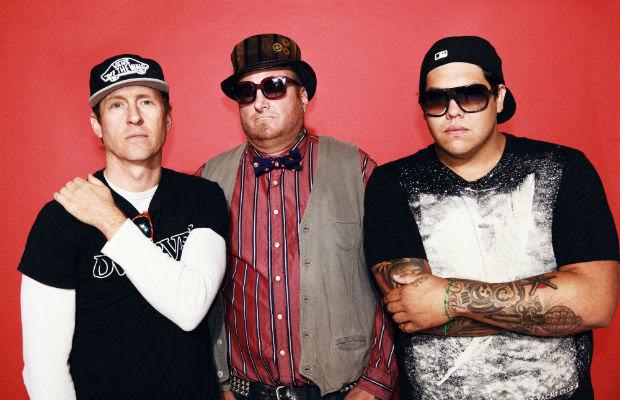 With no plans to let up anytime soon, Ascend Amphitheater is bringing Nashville another monster name tonight, Aug. 18 as Sublime with Rome headline an amazingly awesome night of music. Look for similarly oriented bands Rebelution, Hawaiian wild men Pepper, and charismatic punk-hop performer Mickey Avalon to augment the bill. All-in-all an amazingly full and heady lineup starting at only a $33. Snag your tickets now! This rain or shine reggae party will be sure to get downtown Music City in the right state of mind, so be there and watch history continue to be made at the best outdoor venue in town!

Following the tragic death of iconic frontman Bradley Nowell in 1996, it appeared that one of the best reggae rock bands from an era would be calling it a career. Nearly thirteen years later, the remaining members of Sublime (bassist Eric Wilson & drummer Bud Gaugh) began performing with Rome Ramirez … who was becoming an accomplished dub singer/guitarist in his own right. After some legal battles with the Nowell estate and the departure of Gaugh, the current lineup of Sublime with Rome has solidified and they are touring the nation, and spreading the love. They play most of Sublime’s classic catalog, which is enough of a reason to be there, but throw in new songs from their first record, Yours Truly (2011), and this year’s followup, Sirens, and you have more than enough incentive to go.

Also hailing from SoCal (Sublime formed in Long Beach), Rebelution got their start as a college band around Isla Vista in 2004. A more reggae roots inspired group, the four-piece still know how to rock, as they’ve demonstrated through their growing catalog of LPs and EPs. Their latest release, Count Me In (2014), perfectly captures their youthful energy, dub undertones, and ability to push the art form and crowds to the next level. Have a taste below and be sure to catch the vibe live and in person tonight.

Formed in their hometown of Kailua Kona, Hawaii, way back when in 1997, Pepper moved to the mainland in 1999, and were pretty much full-steam ahead, building a large fan base until the release of their fifth studio album, Pink Crustaceans and Good Vibrations, in 2008. The power-trio had a bit of a falling out, but reunited in 2010 to release an aptly entitled EP Stitches. A self-titled full-length followed and now the surf-tinged reggae rock tunes we’ve come to know and love are back on the map, ready to spice it up in Music City.

Hollywood based rapper, punk, EDM sampled phenom and risqué perform Mickey Avalon is anything but boring. The androgynous misogynist touches on sexually charged topics like substance abuse and prostitution. One of his more popular songs,  “Fuckin Em All,” can pretty much sum up what he’s after, but he is a character to the say the least, so get to the venue on time!

Sublime with Rome, Rebelution, Pepper, and Mickey Avalon will perform TONIGHT, Aug. 18 at Ascend Amphitheater. The show is 18 +, music begins at 6 p.m. and tickets are available for $33-$77.