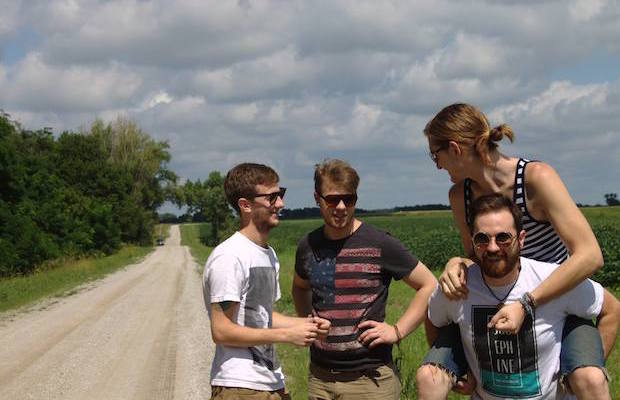 It’s finally Friday (and payday for most of us), so if you’re in the mood to sway along to some light-hearted indie rock tonight, head on over to The East Room to see Nashville locals Creature Comfort, Organ Stills, Ttotals and Georgia natives White Violet. The show starts at 9 p.m. and is only $5 at the door, so spend that hard-earned money on some good music and booze and get ready to have a good time over on the east side.

Creature Comfort got their start playing house shows in Murfreesboro, TN and developed a pretty substantial fanbase, thanks to the large population of college students and lack of good music venues. In 2012 they expanded out into Nashville promoting their album Fox Tales, a solid indie record with laid-back sounds similar to Local Natives and Modest Mouse. A followup EP is currently in the works, so hopefully we’ll get to hear some new material tonight in addition to the old favorites, like “Cigarette A” below.

Organ Stills, the reincarnation of shoegaze band Shy Guy, has a bit of a vague presence on social media, but you’ve likely seen the name on the bill of several shows over in East Nashville lately. So if you were a fan of Shy Guy and you’re curious to see what the new stuff sounds like, you should make it out to this show.

The self-described “outer bluesmen” duo Ttotals may have a simple setup with just a guitar and drums, but they definitely don’t have a simple sound; their mix of blues and psychedelic rock with hints of ambience create dark, brooding music. They released their album Let Everything Come Through last fall and have been on tour in support since. Check out “Over The Years”, a track from the album, below.

Athens, GA based indie pop band White Violet started out as the writing project of frontman Nate Nelson, but their last release Stay Lost was a combined effort of all four members. Their new sound is dreamy and catchy with indie rock sensibilities, as noted in their first single, “Weighs,” which you can listen to below.

Creature Comfort, Organ Stills, Ttotals and White Violet will perform tonight, Aug. 14 at The East Room. The show is 18+, begins at 9 p.m., and entrance will cost you $5 at the door.