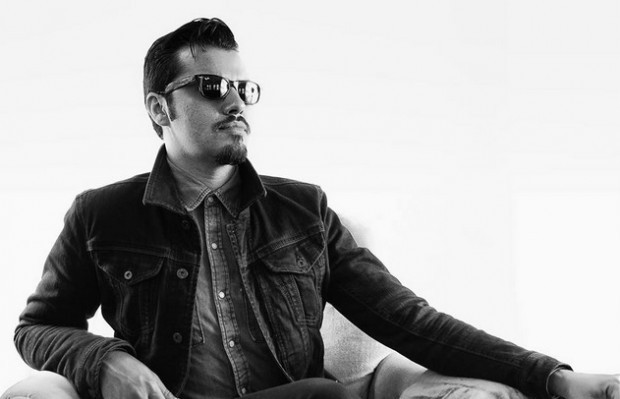 Ghostland Observatory singer Aaron Behrens is coming to The High Watt this Friday with his new project, Aaron Behrens and the Midnight Stroll, and the Austin-based musician is bringing a much different sound than the early electronic music that he’s best known for. After getting disillusioned with the huge commercial success of the EDM scene he helped pioneer, Behrens has disbanded Ghostland and put together a garage rock project, trading computers for guitars and lasers for well-crafted songwriting. The result is still dance-worthy, but more thought-provoking and serious than what Behrens was doing in Ghostland even with the level of lyrical depth he brought to that project. Local folk/bluegrass act The Whistles and the Bells will open, playing songs from their self-titled debut released just last week.  Best part of this show… it’s FREE!

If the High Watt show is too late for you, Behrens is also doing an in-store appearance at Grimey’s for free earlier in the evening, at 6 p.m. There you’ll be able to pick up the group’s 10″ self-titled debut EP from last year as well as their new single.

AARON BEHRENS AND THE MIDNIGHT STROLL

Aaron Behrens and The Midnight Stroll still has a few electronic elements (a drum machine), but is groovy, gritty garage rock rather than anything like EDM. The studio band that recorded on the group’s debut EP included members of the Black Angels and Black Joe Louis, and while those bandmates couldn’t be reassembled for touring, Behrens has gathered some of Austin’s finest musicians to recreate those sounds on the road. The group has so far only released a self-titled EP, with another EP coming out this October, and a full-length is planned for release next year.

THE WHISTLES AND THE BELLS

The Whistles and the Bells are a local folk revival band that are the artistic brainchild of frontman Bryan Simpson. They just released their debut record, which was engineered by Grammy winner Vance Powell, earlier this month. You might recognize Simpson as he formerly performed with the bluegrass group Cadillac Sky, which had a Dan Auerbach-produced album under their belt and toured with Mumford and Sons. Since leaving the group, Simpson embraced religion, questioned whether he’d ever return to music making, and had that question answered with the formation of this new project.

Aaron Behrens and the Midnight Stroll and The Whistles and The Bells will perform Friday, August 14 at The High Watt. The show is 18+, begins at at 9 p.m. (doors at 8 p.m.), and the show is FREE!