Ted Drozdowski’s Scissormen Perform at Grimey’s Too Today, The Basement This Weekend 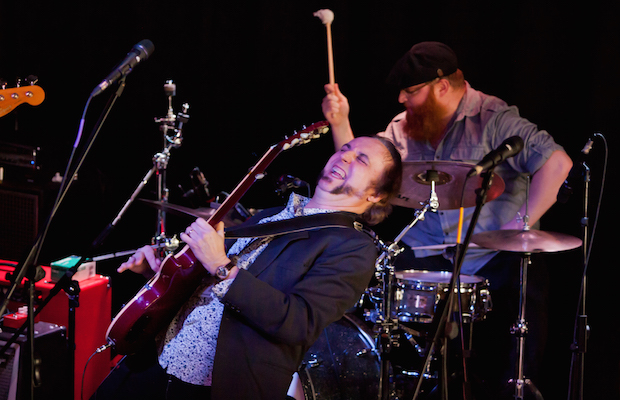 Ted Drozdowski is known for his psychedelic twist on North Mississippi blues. He’s made himself a modern storyteller through his songwriting, and his music pays homage to American roots. His influences are important Mississippi blues artists of the era, such as R.L. Burnside, Junior Kimbrough and Muddy Waters. For years he has been making music with his duo, sometimes trio or quartet, Ted Drozdowski’s Scissormen. The newest album, Love & Life, which dropped on July 31, will make for the sixth Scissormen record.

In addition to the album, Ted Drozdowski’s first ebook, Obsessions of a Music Geek: Vol. 1 — Blues Guitar Giants will be released this week. You can hear Ted read some from this book and see Ted Drozdowski’s Scissormen perform at their in-store at Grimey’s Too today at 6 p.m. for free.  The official album release show takes place at The Basement this Saturday, Aug. 15 at 6 p.m. for $7, and proceeds will go to the fundraiser for the medical costs of Mighty Sam McClain.