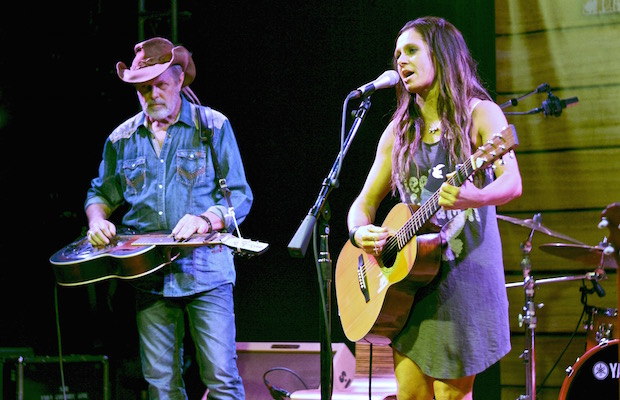 The show at City Winery Tuesday night was well worth the money! Since The Roosevelts recently relocated to Nashville, there is no doubt that with this show they solidified a local following for their bright future; this is a high energy fun band to watch out for. And as always, Kasey Chambers wowed the crowd with her musical versatility, top-notch band, and infectious laugh. She embodies everything that is considered Americana even though she hails from Australia; she delivered another fantastic and entertaining show here in Music City. Keep reading to hear more about this show!

The Roosevelts took the stage promptly at 8pm and felt like old friends; they were comfortable, friendly, and fit right in with the growing Americana/rock-n-roll vibe that Nashville is currently experiencing. Front men James Mason and Jason Kloess are talented writers, musicians, and performers and are sure to become a Nashville favorite. Their tight harmonies, moving lyrics, and easy banter make them a joy to watch, and they can really get a groove on too! When they played “Peaches,” James got the crowd clapping along, dancing in their seats, and enjoying every minute of it. Then on the latest single “Cold Sheets,” Jason was double-breasted, wearing both his guitar and mandolin and switching between the two; they ended the song a cappella with beautiful harmonizing. With Michael Sturd on drums, Cornelius Perry on bass, and Jeff Adamczyk doing a spectacular job on keys and rounding out the band, this is a group to keep your eyes on while they settle into their new home here in our fair city. Self described as “rock – with a mandolin,” they are a lot of fun to experience live. The mandolin is an added element that really sets them apart from other rock-n-roll bands, and if there is anything I can suggest it is more: more mandolin Jason, and more local live shows so we can get to know our newest local band! 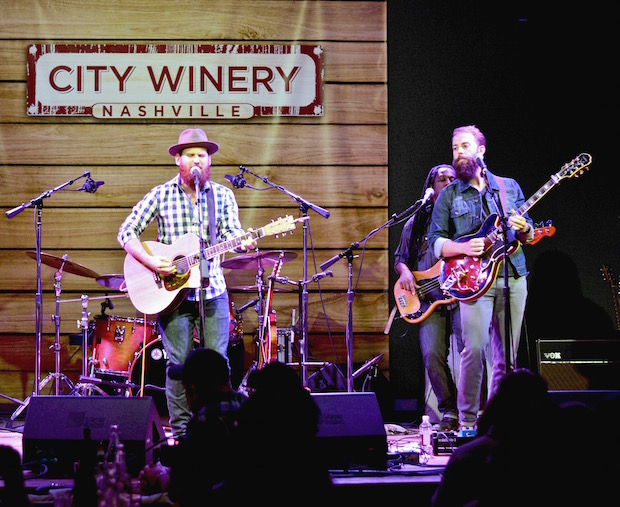 The Roosevelts. Photo by Jen Silver.

Kasey Chambers entered the stage to thunderous applause and started her set with “Wheelbarrow,” the newest release off her fourth solo album Bittersweet.  It is downright rock-n-roll with a haunting melody, and featured Kasey and her long-time band member Bill Chambers, also known as her dad, jamming together on guitars! You can  feel the joy from these two just doing what they love to do and what they have always done; and the feeling is contagious, spreading to the other members of the band and the audience as well. Kasey really gave a great show with songs spanning her entire 15 year career: including songs from her award winning first album The Captain, songs from her many collaborations over the years, songs from the new release Bittersweet, and even brand new songs just being debuted. She showed her musical flexibility all night with styles running the gambit from old-style country, blues, soul, rock-n-roll, bluegrass, and everything in between; she completely encompasses the genre of Americana! 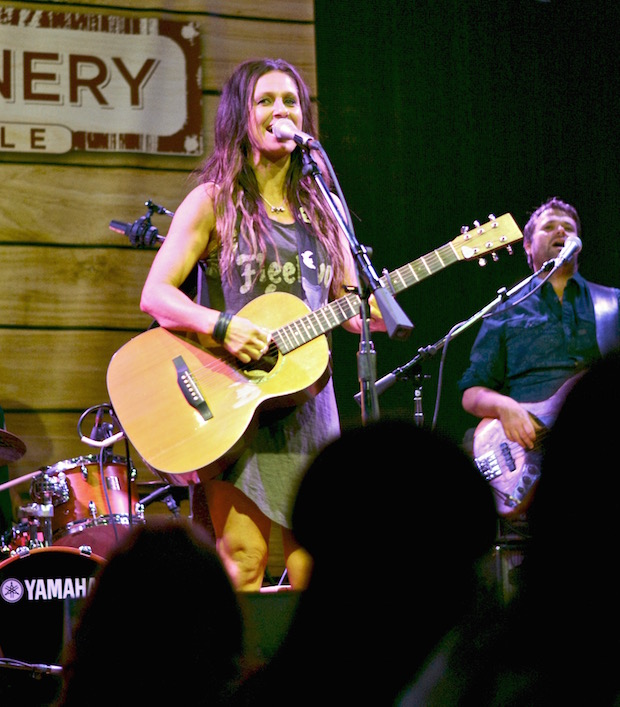 Highlights of the show include the song “Is God Real?” from the new album which is based on a conversation with Kasey’s fifteen year old son Talon; a haunting brand new ballad called “Behind the Eyes of Henry Young” which is about a young man sentenced to federal prison in 1938; and a rousing rendition of “Rattlin’ Bones” from an album with her former husband Shane Nicholson. However, my favorite part of the show was a cover of The White Stripes’ “Seven Army Nation” slowed down, with an added banjo, four part harmony, and Bill Chambers playing slide guitar with a beer bottle. That is what Americana is all about, and it totally rocked! 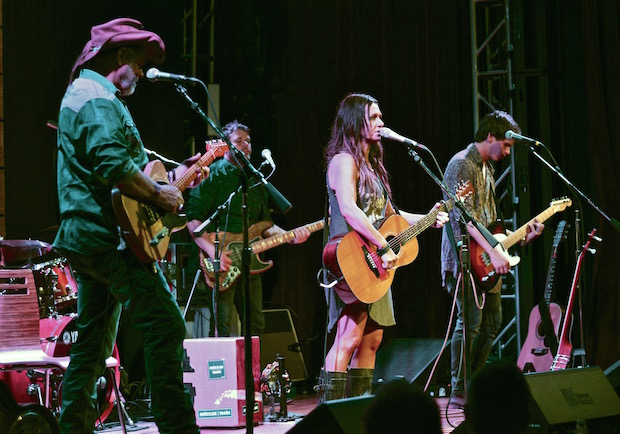 Chambers ended the set with the title track from The Captain followed by “I’m Alive” from Bittersweet which is nothing less than a pure celebration! She left the crowd on their feet begging for more, and returned for an encore with another new song titled “Shackles and Chains” a cappella with five part harmonies before ending with another older song. With a fifteen year career full of hit songs, Kasey Chambers knows how to please an audience, and City Winery is a nice place to relax, have great food and wine, and listen to wonderful music!

1. The Roosevelts. Photo by Jen Silver.

2. The Roosevelts. Photo by Jen Silver.

3. The Roosevelts. Photo by Jen Silver.

4. The Roosevelts. Photo by Jen Silver.

5. The Roosevelts. Photo by Jen Silver.

6. The Roosevelts. Photo by Jen Silver.