Head To City Winery TONIGHT for An Evening With Amanda Shires! 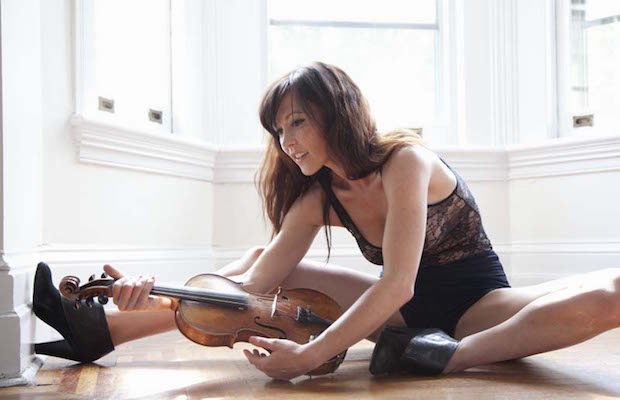 If you’ve caught Jason Isbell performing around town in recent years, then you’ve also seen his backup singer and violinist (and wife) Amanda Shires. The two make incredible music together, but, as we’ve been raving about for awhile now, Shires also has her own thing going on; the former member of Bob Wills’ band The Texas Playboys and current member of Jason’s band the 400 Unit has four amazing solo albums under her belt, and is always captivating in concert. She’ll perform a late set tonight at City Winery starting at 9:30 p.m., so head out there for a night of beautiful music.

As a songwriter, vocalist, and violinist, it seems like there isn’t much that Amanda Shires can’t do. The talented Texan turned Nashvillian’s fourth full-length album, Down Fell The Doves, was released in 2013 and one of its tracks, “Devastate,” was listed as one of the Top 50 songs of 2013 by American Songwriter. Her sound is a blend of country and folk with poignant lyrics of hopelessness and destruction, but her storytelling, although dark at times, is certainly entertaining. Watch this performance of “Bulletproof,” a song inspired by a fan who gave her a Siberian tiger claw, below, to see what we mean.