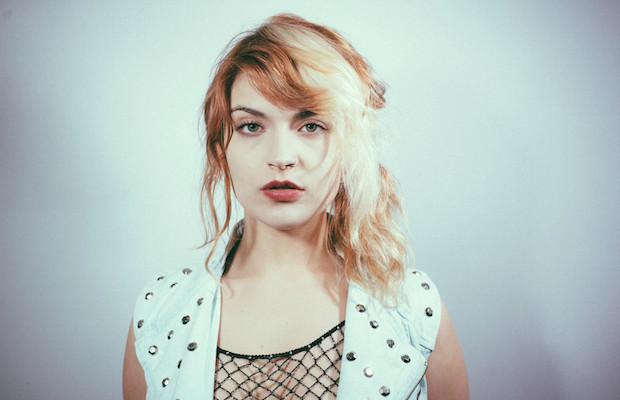 Five of our favorite local up-and-coming artists are playing The East Room tonight, Aug. 3 for just $5, which is just why a venue like the East Room is so great. Dark dance songstress Lust and the Black Cat is headlining a night that also features heavy blues duo Black Venus, garage rock couple The Blue Velvets, punks MELK, and the psychedelic band BUMMRcity. You’ve heard us talk about most of these bands before, so if you like the stuff we like, which you probably do if you’re reading the site, then this show won’t disappoint.

Lust and the Black Cat is the stage name of singer/songwriter/producer Jessica Harold, who makes witchy experimental indie trance music. This show will end with dancing.

Black Venus are a new heavy electro-blues duo named after the mid-nineteenth century French poet Baudelaire’s moniker for his Haitian prostitute mistress Jeanne Duvall, a woman who inspired his most revered book of poetry Les Fleurs du Mal (Flowers of Evil) before killing him with a dose of syphilis. Black Venus’ ultra heavy reworking of traditional delta blues is almost as badass as that story.

If the White Stripes were fronted by a demented Elvis and had Rita Hayworth on the drums, then you’d get The Blue Velvets. The garage rock duo are an engaged couple with a fondness for the blues, old guitars, and minimalism who spin awesomely creepy southern gothic yarns. If you didn’t see them at our Acme Feed & Seed showcase, tonight’s your night to remedy that.

MELK make cute punk songs influenced by the very earliest music of the genre — the Stooges, Johnny Thunders, early Alice Cooper — as well as the earliest frustrations one faces in adult life like why those punk girls just don’t like you, or why everyone else sucks. They’ve played our Acme showcase, we’ve premiered their music, and we think they’re pretty cool.

The psychedelic jam band that shares members with MELK and guarantees things will get weird, BUMMRcity are always getting strange and having a good time while paying homage to classic rock and roll psychedelia. They recently released a new EP, Endless Smokes, and just came off a joint east coast tour with MELK.

Lust and the Black Cat, Black Venus, The Blue Velvets, MELK, and BUMMRCity will perform tonight, August 3 at The East Room. The show is 18+, begins at at 8 p.m., and tickets are available for $5 at the door.