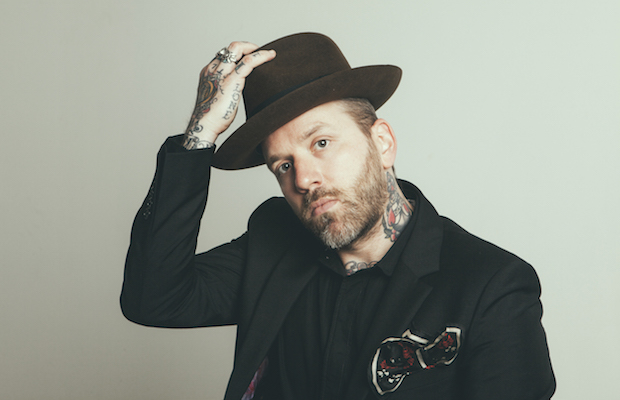 Returning to Nashville for the first time since kicking off last season’s Live on the Green, City and Colour has announced a Dec. 13 performance at War Memorial Auditorium, with support from Bahamas. The acclaimed singer-songwriter, real name Dallas Green, recently announced his fifth album, If I Should Go Before You, due out Oct. 9 through Dine Alone Records, and premiered a new single, “Woman,” via Apple’s Beats 1 radio (listen below). Recorded right here in Nashville at  Blackbird Studios, produced by Green, and engineered by  Karl “Horse” Bareham, for the first time, City and Colour used his longtime touring band, featuring Jack Lawrence (The Raconteurs, Dead Weather), Dante Schwebel (Spanish Gold, Dan Auerbach), Doug MacGregor (Constantines), and Matt Kelly, as session players. Building on the more fleshed-out, full band sound employed on his later releases, it sounds like If I Should Go Before You will channel the same emotional earnestness, folky, alt-country, and blues informed alt rock sensibilities, and dynamic and melodic range we’ve come to expect from City and Colour. Pre-order the album in a variety of fan-friendly bundles here, and grab tickets beginning Friday, July 31 at 10 a.m. CDT right here.  Presale tickets are available starting July 30th from 10 a.m. to 10 p.m., and the password is DALLAS!