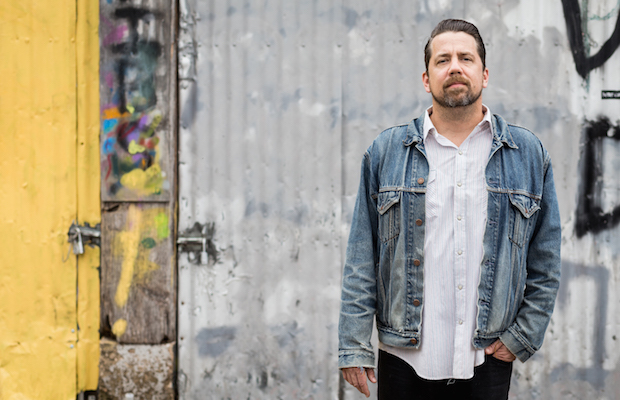 Blog favorite and general all-around bad ass, Patrick Sweany has just dropped a new single, “First Of The Week”, from his upcoming 7th LP, Daytime Turned To Nighttime, due out September 18th on Nine Mile Records.  The single debuted on Paste last week, and in the write up Sweany describes this as his “grown up record”.  While we wouldn’t consider his previous Dan Auerbach produced efforts juvenile by any stretch of the imagination, there is something subdued in the laid back groove that the uber-talented guitarist & songwriter presents in this new single, and it has us beside ourselves in anticipation to devour the rest of the album.

Sweany will have a defacto hometown release party for the new record at The 5 Spot on July 31st that you should mark on your calendar.  Head below to listen to “First Of The Week”, just be prepared to hit replay 5 or 6 times in a row like we did.