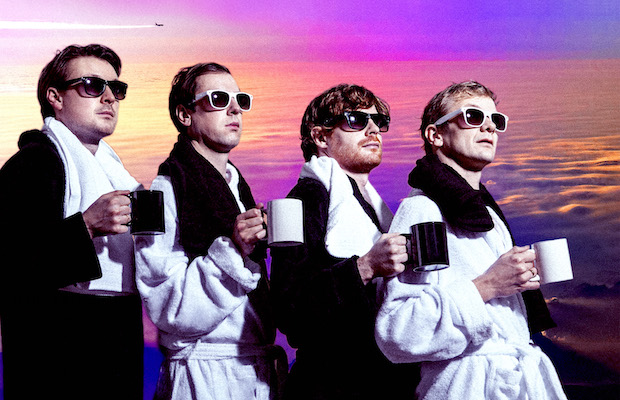 British electro art-rockers Django Django are touring in support of their 2015 release, Born Under Saturn, and they have just announced a tour with a stop at Nashville’s Cannery Ballroom on November 3rd!  Born Under Saturn is the follow up to their highly acclaimed debut, which featured notable hits like “Waveforms”, “Default” and “Hail Bop” and catapulted them into the running for the 2012 Mercury Prize.  After extensive touring, which led us to see them for the first time at Bonnaroo a few years ago, Django Django once again hits the road with their dance ready electro rock sounds, and you should jump on tickets when they go on sale Friday, June 24th at 10am.  Head below to check out their first single, “First Light,” from the new record, and then reflect back to “Hail Bop” off of the debut.