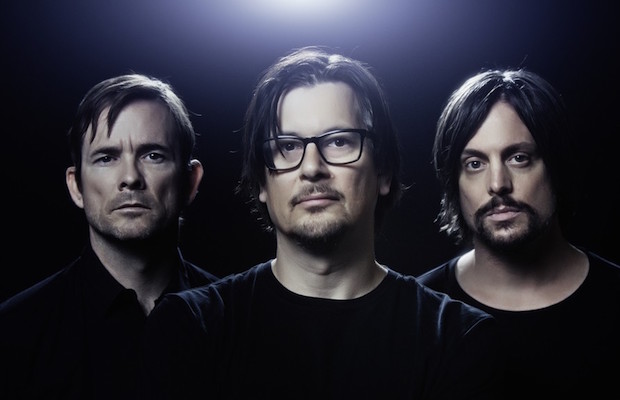 Maybe you missed seeing your favorite band in the ’90s. Maybe you weren’t even born. It’s okay! Everyone deserves a second chance. After releasing The Heart is a Monster, their first album in almost 20 years, last month, historic grunge three-piece Failure are coming to Nashville tonight, July 21 to tear up 3rd & Lindsley with industrial rock outfit Queen Kwong. Whether you’ve been waiting for this show for years or just want an excuse to bang your head on a Tuesday night, this legendary all ages show is well worth the $25 ticket price. Doors are at 6 p.m. and the music starts at 8 p.m. If you’re still not intrigued, you can find out more about this legendary lineup after the jump!

Failure existed at a time when indie music and grunge had massive appeal. Almost any stranger on the street would recognize “Stuck on You” from Fantastic Planet. However, success alone isn’t always enough to keep a band together. So, after five years and three albums, the group disbanded in 1997. Former members went on to enjoy success in other groups such as Queens of the Stone Age, A Perfect Circle, and Veruca Salt (who are sporting a reunion show of their own tonight as well). No mention of Failure was heard until the band announced a reunion show in early 2014, followed by a tour with Tool in the fall, more tours, SXSW,  and now a new full-length album.

Said album, The Heart is a Monster, offers the same spacey and experimental nuance of  Failure’s original catalog, with a raw heaviness and darkness that puts their past releases to shame. It isn’t metal or hard rock, but it isn’t passive enough to be indie or emo either. Whatever it is, it is proof that Failure are more than just a nostalgic reunion band, and that they’re still kicking after all these years.

A curious and confusing bunch, Queen Kwong got their start when vocalist Carré Callaway opened for Nine Inch Nails in 2005 and became Trent Reznor’s protégé. Fast forward 10 years, and the group has an extremely eclectic handful of EPs under their belt. The group ranges from fuzzed out rock in the vein of Hole or The Silversun Pickups on “Bitter Lips,” to the hauntingly cavernous “The Strangest Fruit” featuring Wes F**king Borland. Yes, the one from Limp Bizkit. Queen Kwong wants to surprise, and boy do they. Check out their screechingly lo-fi, chaotic new single “Cold Daggers.”