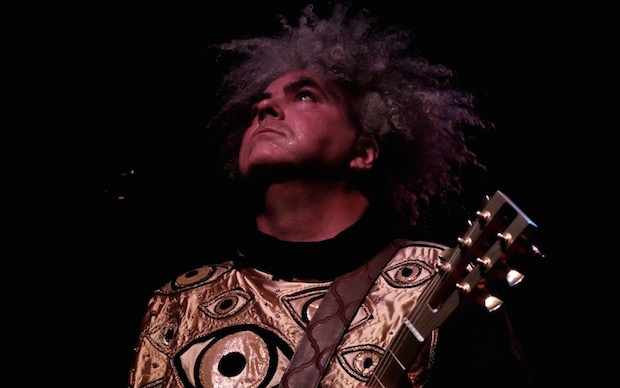 On Sunday night, grunge pioneers the Melvins rocked a sold-out house at Exit/In, the packed crowd of punks, metalheads, and general rock and roll fans of varying ages exhibiting how many boundaries the Melvins cross in their over thirty years’ worth of music. They’re too hard to be called punk, they’re too weird to be called metal, and though they founded the genre, grunge had a lifespan on it so it’s hard to call them that as well. Whatever they are, they tore apart Exit/In with Mexican punk openers  Le Butcherettes. 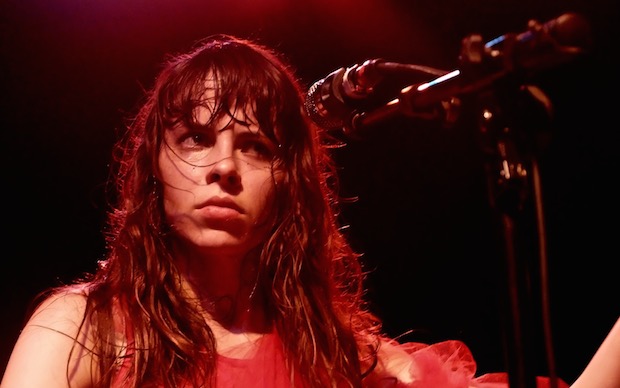 Le Butcherettes rose out of the punk scene in Guadalajara, Mexico on the crazy, riot grrl-inspired energy that is frontwoman Teri Gender Bender.  Gender Bender is a completely fearless performer, unafraid to look ridiculous, unafraid to sound strange, unafraid to leap between emotional extremes. The trio were sort of like a poppier version of Savages, or a ’90s riot grrl band with synthesizer. The group certainly make angry music, true to the original spirit of punk, that rails against social injustice with songs like “They Fuck You Over.” Gender Bender grew her reputation on stunts like covering herself in blood and using props like brooms and feather dusters onstage to make a statement about the role of women in society. While singing, her eyes went wide and her face contorted into all kinds of grimaces and scowls. But, at the same time, there was also often a joyous energy to her performance, with her smiling and leaping around and rolling on the floor, sort of dancing in a strangely twitchy way, totally uninhibited.

The crowd was in the palm of her hands throughout Le Butcherettes’ too-short set, even though she addressed us in Spanish. The band could have continued performing much longer without any of the fans, who had packed the sold-out club to see the Melvins, complaining. She’s one of the most charismatic frontwomen of a rock band that I’ve ever seen, and if you follow my writing then you know I’ve seen a lot of them. Le Butcherettes’ upcoming third album, A Raw Youth, has Iggy Pop and John Frusciante appearing on it, and is definitely going to be worth at least a listen, if not a purchase, when it comes out in September. 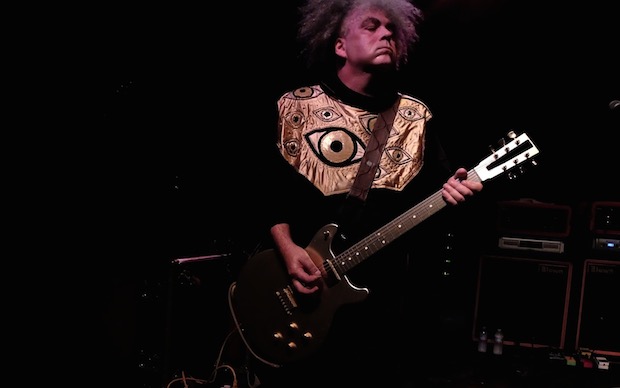 The Melvin’s set was preceded by about fifteen minutes of industrial music played on a modular synthesizer that was at first creepy and atmospheric, but, after awhile, fans got pretty restless. Exit/In apparently wasn’t bothering to turn the air conditioning on for this one, admittedly it would have been kind of pointless, and the crowd was drowning in their own sweat by the time the group took the stage. The band are best known for founding the grunge scene in Aberdeen, Washington in the mid-1980s, influencing and mentoring a young Kurt Cobain among others who would explode out of the region once Nirvana became famous. The Melvins were the first band to take a strange hybrid of metal and punk and slow it way down, creating the sludgy noise that would earn grunge its dirty moniker.

Buzz Osborne founded the group back in 1983 and has been with them since. He makes for a weirdly charismatic frontman, wearing a wizard robe that gave off the impression he was taking the piss out of everyone. I’m not very well-versed in the ever-growing litany of heavy metal genre offshoots, but the Melvins seem too stripped down and raw, too sarcastic, and too weird to be called a metal band. After all, grunge killed off metal’s heyday. But they’re still too heavy to be called a punk band, and grunge didn’t really come into its own until Cobain added a heavy dose of Beatles-esque pop melodies to what the Melvins were doing. 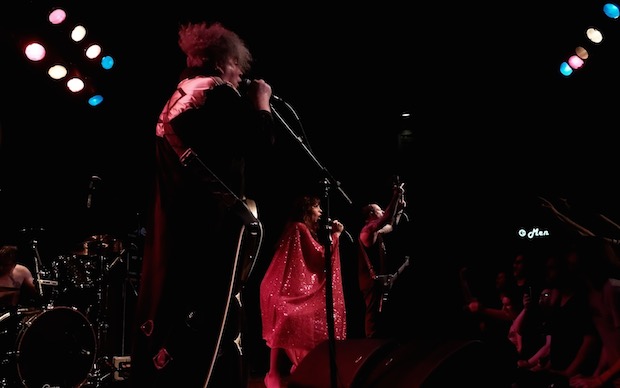 The band are difficult to categorize, but they’re definitely heavy — they weigh on you like a ton of bricks — and loud. They don’t take themselves too seriously either, with the funny ridiculousness of songs like “The Water Glass” and the Butthole Surfers cover “Moving to Florida.” Their mixture of all these elements is why there was a weirdly diverse sold-out crowd there to see them over twenty years after the genre they helped found, and most of the bands that were part of it, are in the history books instead of onstage.

For the last song, Teri Gender Bender came out onstage to play the Bikini Kill classic “Rebel Girl,” a song that sounded like it was written about her as she yelled and screamed while gyrating psychotically in her sparkly red cape.  It was a perfect cover for the two bands to play together, as Le Butcherettes are heavily influenced by the music and politics of the riot grrl movement that Bikini Kill played a huge role in. Riot grrl was the complementary punk-influenced music movement to come out of the Pacific Northwest at the same time as grunge. Sometimes the two parties played nice and sometimes they didn’t, but on Sunday night they went together really nicely.

The Origin Of The Dead Deads Revealed in Video for "Lemonade"