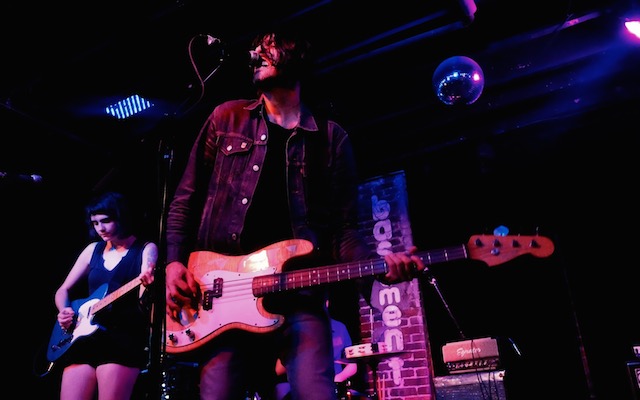 Local punks Secret Club celebrated the release of their debut album Apocalypse Meow with a rollicking show at The Basement on Friday night, which showed off the trio’s philosophy that music is for having fun, drinking and taking the piss out of everyone and everything. This is not a band of super serious jerks trying too hard to get signed, which is probably why they did, putting out a record of short, hard, and loud songs that The Ramones wouldn’t be rolling over in their graves to get compared to. They celebrated the release with the punk-Americana duo The Smoking Flowers, southern rock band The Cunning, and soul and indie rock influenced solo artist Brian Ritchey. 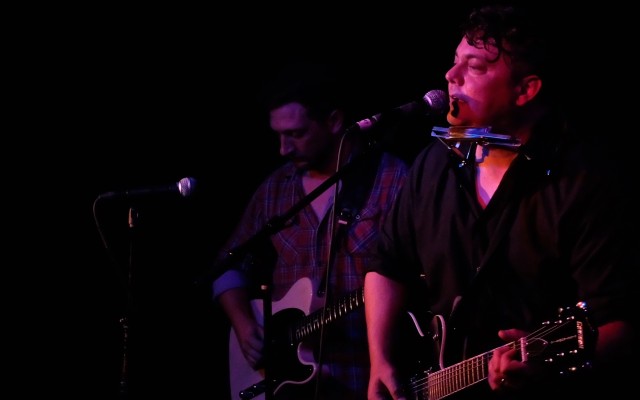 The Smoking Flowers explained when they took the stage that when gathering the bill for this show they specifically wanted to get their friend Brian Ritchey to perform for the first time in a couple years. Ritchey put together a tight four-piece to back him up on tunes from his upcoming record, and the group gave the vibe of highly comfortable professionals that any solo artist wants in a backing band. Ritchey’s music is roots-based alternative rock with flavors of country and pop. His harmonies with backing vocalist Ashley Wilcox were so tasty tonally and energetically that I hope she also sang with him on the album. The final track, which I’ll venture to guess is called “Murder on the Pavement,” was the highlight of the set. 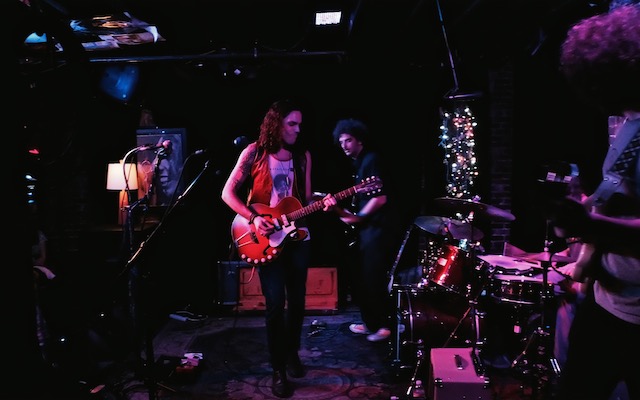 The Cunning. Photo by Gary Acquaro.

The Cunning are a local southern rock quartet that go for a late-Sixties, early-Seventies aesthetic in their music and look, from long guitar solos to scarves and a dream catcher draped on the microphone to matching afros. Cock rock is the genre they’re most indebted to; between the extended guitar solos, the declaration that they were going to “keep it sexy,” and a song mentioning the Kama Sutra the Cunning’s music was sexually suggestive, but not aggressive. There was a fire-sex metaphor, which was apt because they did sound a bit like Kings of Leon, with a hard rock hippie sound underneath poppier melodies. The lead singer was going for a sort of cross between Robert Plant and Steven Tyler, and he accomplished that at times though a long faux-sermon at the end was something that can really only be pulled off by either an actual clergyman or a performer who has fans that worship them, not someone up-and-coming. 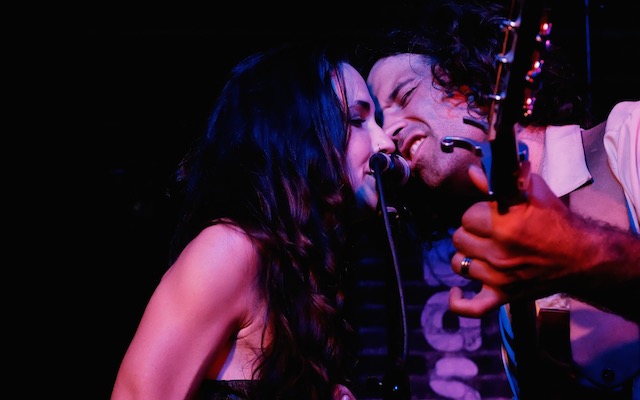 The Smoking Flowers are a punk-Americana duo composed of married couple Kim and Scott Collins. Kim played drums, acoustic guitar, mandolin, and accordion throughout the set while Scott stuck to guitar and they sang wonderfully gravely harmonies together that could go from snotty, punk, and full of attitude — like on the opener with the incredible line “where were you the night when rock and roll was in the noose?” — to tender and sweet on the acoustic stuff.

It’s almost impossible to be a romantically-involved male-female two-piece with a girl drummer and a male guitar player without drawing comparisons to the White Stripes, to the point that the Stripes almost made that format invalid, pointless, in the opinion of this reviewer anyway, because absolutely no one can be as good as them. But the Flowers pull it off by making Kim the frontwoman. She’s able to bring the energy for the job even from behind the drum kit. She talks more, she sings louder, and with her instrument-switching most of the focus is on her. Aside from differences in their music, this helps the band avoid that obvious comparison. As for their music, it’s like country and Americana mixed with alternative and punk, as if Exene Cervenka and John Doe of X formed a classic country partnership like Tammy Wynette and George Jones. They closed with “Left of the Dial,” an ode to college radio, with Kim playing a gorgeous mother-of-pearl accordion. 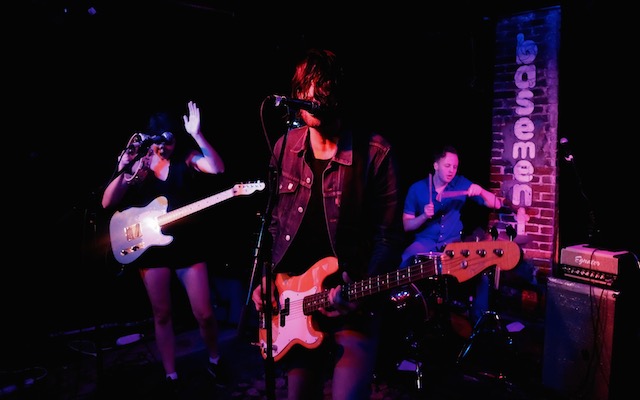 Secret Club accomplish several tricky tasks in their music while operating on the mantra that they don’t give a fuck. All three members are super charismatic onstage; you could be entertained during a show watching any one of them, and it’s rare you can say that about any band. Secondly, Secret Club make funny, silly, ridiculous, and yes sometimes immature music that you don’t blow off for being ridiculous and immature because they accomplish their punk irreverence so finely. They’re playing chicken on a razor’s edge here, and if they fell off their music would just be dumb, but as it is they rock.

A song like “Circle K,” about dating a gas station employee who ends up being in the KKK, is a wonderful bit of satire — silly, dark, and a mosh-worthy nod to the Ramones’ “The KKK Took My Baby Away.” Secret Club are certainly influenced by a lot of ’70s punk, but The Ramones are who they remind me of most for the fact that they have these funny songs you can’t just dismiss because they’re so loud and fun and smarter than they want you to think.

The band flips the typical ‘girl playing bass’ rock band gender dynamic by having frontman AJ Babcock play bass while guitarist Angela Plake sings backup. They broke the punk facade for a second to do an adorable duet together called “My Friend Angie.” Then the band closed their set by inviting all their friends up onstage, with instruments, to play their single “I Do What I Want.” This resulted in about a dozen people with various instruments on the tiny Basement stage, wrecking havoc. It’s sort of ironic that a project the group says they created just for having fun, not to take seriously, has been so successful, but with their energy and songwriting it’s definitely well-deserved.