Look What I Did Reunite Original Lineup for a Special Performance TONIGHT at The End! 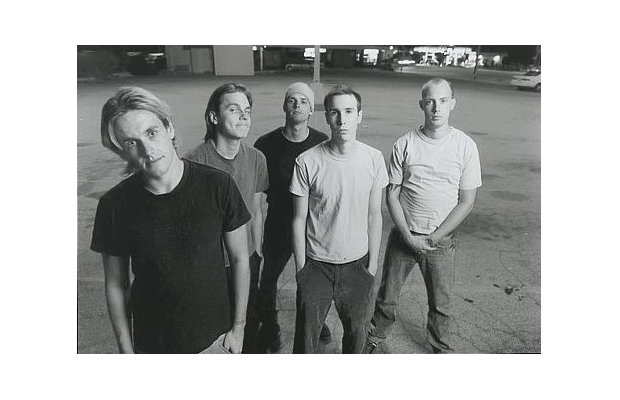 A longtime fixture of the weird, proggy, socio-politically charged underbelly of the Nashville DIY punk and metal scene, Look What I Did are set to perform TONIGHT, June 27 at The End with original drummer Miles McPherson (whose subsequent endeavors have included stints with Kelly Clarkson and Parmaore) and guitarist Colby Shea for the first time in quite a few years. This is being billed as a “once in a lifetime” thing, and LWID are still active with new members, most recently releasing a long-gestating rock opera, so we wouldn’t expect to see this incarnation of the band again anytime soon. Don’t miss your chance to get nostalgic! Even the ticket price is a throwback, at just $5 for four bands, rounded out by Sheep Shifter, She the Killer, and Friendship Commander! Keep reading for more info.

Formed in 2001 in Nashville before relocating to LA (then subsequently moving back following the Combat Records release of their sophomore full-length, Minuteman for the Moment), Look What I Did channel elements of punk, metal, prog, post-hardcore, pop, and math rock, all bound by smart, social and politically charged lyricism, a fiercely DIY attitude, and a bombastic live aggression and unpredictability. Though their activities have waned a bit in recent years, the band recently released a new rock opera and continuation of a their long-running Zanzibar saga dubbed Zanzibar III: Analog Prison, their first new effort since 2010’s Atlas Drugged. They still play Nashville on a semi-regular basis, but expect tonight’s show to be extra special; a celebration of the group’s earliest tunes and an a rowdy trip down memory lane. We’re told that the Look What I Did’s debut, 2003’s My First Time, will be available as a special re-release on 12″ vinyl as well, so make sure you snag a copy!

Like LWID, Sheep Shifter draw influence from loud, spazzy, weird bands in the realms of ’90s alternative, underground punk, post-hardcore, and metal. Loud and bombastic, this local group couldn’t be better suited to warm up the crowd.

Agressive local outfit She the Killer blend hard rock and stoner rock. The female-fronted band are sure to satisfy heavy music fans hoping for some serious riffage.

Nashville duo Friendship Commanders are slated to get this show going, drawing on the buzz they’ve garnered around town over the past couple of years with their punk-tinged, ’90s nostalgic sound.

Look What I Did, Sheep Shifter, She the Killer, and Friendship Commanders will perform tonight, June 27 at The End. The show is 18+, begins at 9 p.m., and tickets are available for $5.