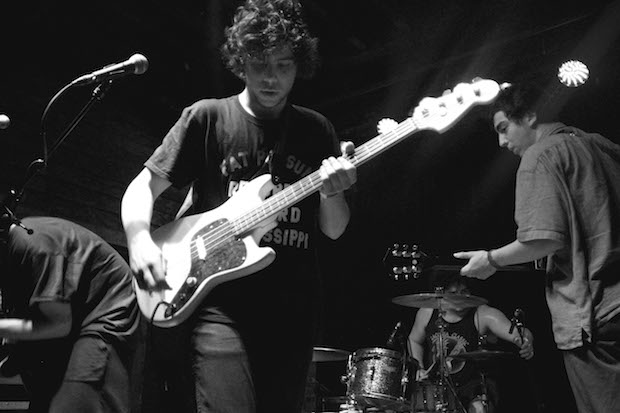 In the world of music blogging, there ain’t no rest for weary, especially in Music City, where the shows never take a night off. It may have been the Monday after Bonnaroo, but we still made the time (and effort) to get out and see Chicago garage punks Twin Peaks play a sweet set at The High Watt with local, like minded rockers Secret Club. The turn out was surprisingly good, and, even if we were not prepared to party the night away, we do have a recap of the stellar performances and some great shots from contributing photographer Briana Mailley after the jump.

Feeling like a pile of twice re-heated dog shit, I forced myself out of bed and into the car to make the short journey from the East Side to The High Watt. Before you think I’m trying to solicit sympathy, just know that I partied EXTRA hard at Bonnaroo this year, and, with all of ones dopamine supplies used up, EVERYTHING becomes much more difficult. Those of you who’ve been there, and partied like I did, know of what I speak. Regardless, Twin Peaks had been on my to see list for at least a year now; passing on them for any reason what-so-ever would be blasphemy for a young aspiring rock ’n roll journalist. 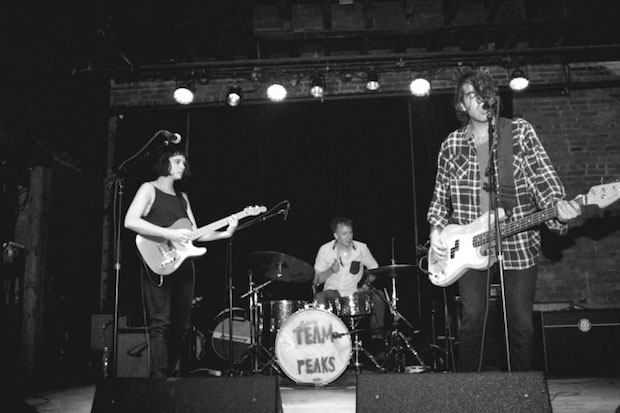 Bellying up to the bar to order a cocktail, that I’d drink maybe three sips from, I got comfortable for the warm-up band Secret Club. The relatively new on the scene grunge laced power-trio tore through their set of short but ferocious tracks, most of which come from their recently released debut LP, Apocalypse Meow, (get it digitally here). Must say I was very impressed with their ability to deliver pure and powerful early ‘90s inspired grunge/punk with just enough tongue-in-cheek lyrics, like on the track entitled “Circle K,” which is about a hometown ex-girlfriend, whom the lead singer was sure he was in love with at the time. Turns out she worked at a gas station and attended KKK meetings. Needless to say, the latter was a fatal character flaw, and once he found out the relationship ended. 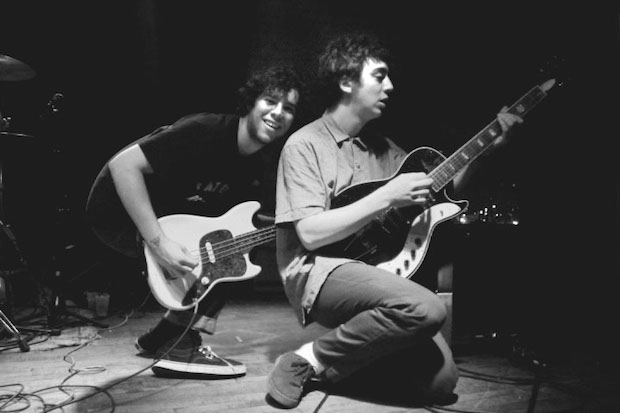 After their set, I chatted with some friends at the bar about my Bonna-adventuers, while simultaneously re-analyzing my life decisions. Soon enough the power punk five-piece Twin Peaks were keyed up on ice cold tallboys and ready to rock our faces off … which is exactly what they did. Alternating duties on lead singing, all members of the band have a fun frenetic energy that is contagious. They are equal parts Black Lips and FIDLAR, with a dash of Thee Oh Sees’ John Dwyer guitar thrusting. The crowd was surprisingly large for a Monday, especially the Monday after the biggest music festival in America. Everyone was tuned in to the dudes on stage, and there was even some inspired thrash dancing going on in the front rows. We’re not talking full on mosh, but close. All I could muster was a head bob.

Amongst the revelers was a familiar big-name face, Matt Shultz, lead singer of Cage The Elephant and a current Nashvillian. Of all the ‘famous’ people I’ve seen mingling at local shows, this guy gets out the most, and we must have similar taste in music because I noticed him at The BEast a few months ago for a Natural Child show (read this post). Anyway, he seemed to be loving TP as much as everyone else, and, by the end of their loud, frenzied, jam infused set, they’d made me a believer. Despite my brain feeling like a used up piece of chewing gum, I was able to enjoy their set, and can now call myself a full fledged fan. Enjoy the photos from photographer Briana Mailley below, and, the next time Twin Peaks roll through town, be there.  Because if it’s good enough for Matt Shultz and your pals here at No Country, then it’ll probably be good enough for you.