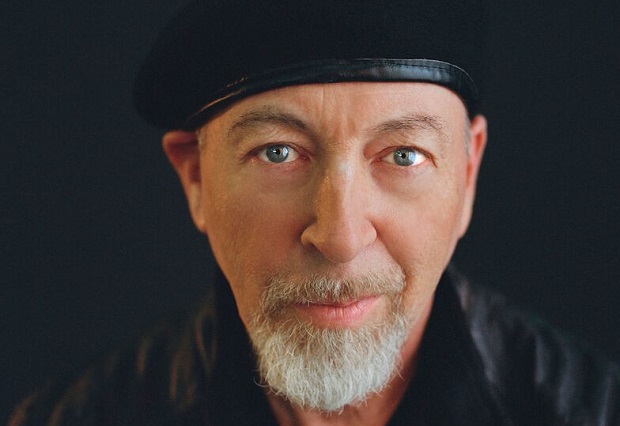 Robert Ellis kicked off his opening set with “Good Intentions” and “Steady As The Rising Sun” from his second album, The Lights From The Chemical Plant, introducing the first song as being about infidelity.  He then advised that we were going to be a focus group for a couple brand new songs which I think were titled “Elephant” and “Perfect Stranger”.  Ellis has a slightly nasal tenor, which comes through on some songs more than others but is always pleasing, and he is an excellent guitar player, which may not be surprising given who he was opening for this night.  He finished his too short set with a beautiful song “Sing Along” (also from the aforementioned album), which he dedicated to jazz musician, Ornette Coleman, who had passed away earlier in the week.

Between sets, we talked to our table mates, one of whom we recognized as a local televison personality and who’s husband is a very respected musician.  Either the intermission was very short or the conversation was very good or a combination of both but it seemed like we blinked and Richard Thompson was taking the stage with his Electric Trio.

The Electric Trio features Thompson on guitar, Taras Prodaniu on bass, and Michael Jerome on drums.  They kicked off their set with “All Buttoned Up” from the upcoming album before a spirited version of “Sally B” from his 2013 album, Electric, and “Broken Doll” also from the new album.  He introduced the next song as being from “before most of you were born” before a blistering version of “For the Shame of Doing Wrong” from his 1975 album, Pour Down Like Silver, with Linda Thompson.

After acknowleging several shouted requests, Richard and band played “Hard on Me” before introducing Siobhan Maher Kennedy, who joined the trio to sing, “She Never Could Resist a Winding Road”.   When Kennedy, Prodaniu, and Jerome left the stage, Thompson said they were having a union meeting backstage adding “It’s always about the money” but said he would “muddle through”.   He then proceeded to perform a solo acoustic performance of his classic song, “1952 Vincent Black Lightning”.  I’d seen Thompson perform the song during the Americana Music Festival a few years back and have seen Del McCoury do it as well, but this was a stellar version. The band came back for “Saving the Good Stuff for You”, “Beatnik Walking” and another song, “Al Bowlly’s in Heaven”, which Thompson said was from the 1980s and then took the opportunity to blast the poor treatment of veterans at the time.

Thompson introduced  “Guitar Heroes” as a tribute to the guitar greats who inspired him.  He plays in the style of his mentors, echoing Django Reinhardt, Les Paul, Chuck Berry, James Burton, and the treble-soaked surf of Hank Marvin of the Shadows.  The Trio powered through another four songs  including “Did She Jump or Was She Pushed” and “Tear Stained Letter”.  The band left the stage but returned to play, “Dry My Tears and Move On” and “No Peace No End” as the encore.  There was another very quick break before the band returned for “My Enemy” before closing the show with  a killer cover of Otis Blackwell’s “Daddy Rolling Stone”.  Throughout the night, Thompson and band were able to seamlessly blend the new songs with those going back as much as 40 years.  (Check out the setlist below.)  Normally, waiting to get our car from valet can be a bit irritating but I think the crowd, myself included, enjoyed spending the time talking with others about what we had just witnessed.