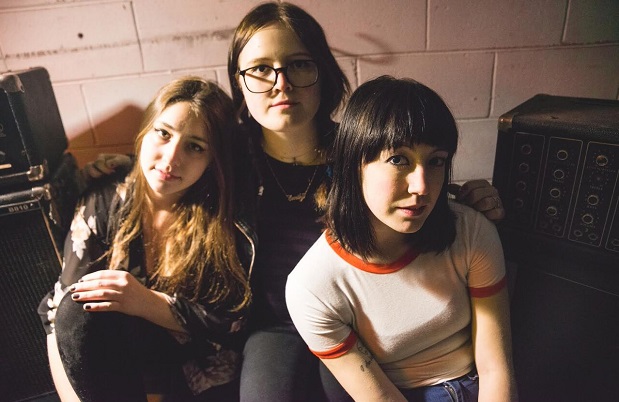 We’ve been jamming on the first new single, “The Bruise”, from Daddy Issues‘ upcoming album, Can We Still Hang, which is releasing as a part of Infinity Cat’s Cassette Series on June 30th!  While many of us were sweating profusely on a farm last weekend, the young trio leaked the second single, “Unicorns & Rainbows (Boyfriend)” from that album, and you can have a listen to it below.  It’s more of a fuzzed out punch in the face that fans of bands like Angel Olsen will immediately connect with.  Get in the know on these rising local rockers, because we think it is going to be a big summer for them.  Unfortunately, subscriptions for the cassette series have sold out, but you can pre-order the album here.  You should also mark you calendar for the official release party happening at Two Boots on July 3rd.