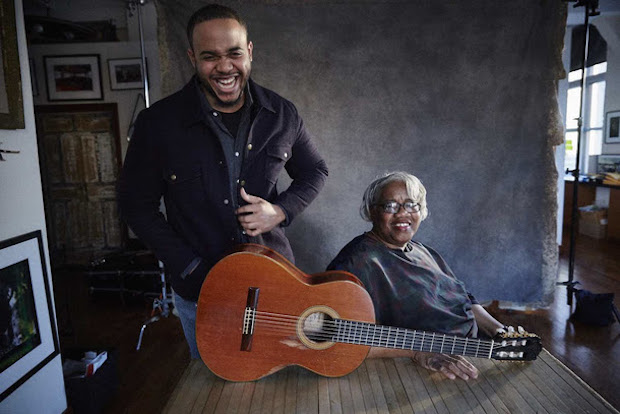 In honor of Americana Music Month, which will take place throughout the duration of June 2015, Grimey’s is hosting a very special lunchtime in-store performance featuring Madisen Ward and the Mama Bear. We told you all about their soulful roots music performance, in the opening spot for Tallest Man on Earth at the Ryman (read this post), and then again when we were prepping for their Bonnaroo set.  Now you can get an even more intimate vibe with the mother son duo who are generating buzz all over the land. We definitely want to mention that this one starts super early, 1 pm, and it is also 100% FREE. So shake off the that Bonnaroo hangover, grab some coffee at Frothy Monkey next door, and jam to some awesome folk laced acoustic music, while you search for records from all those new bands you discovered at the fest.