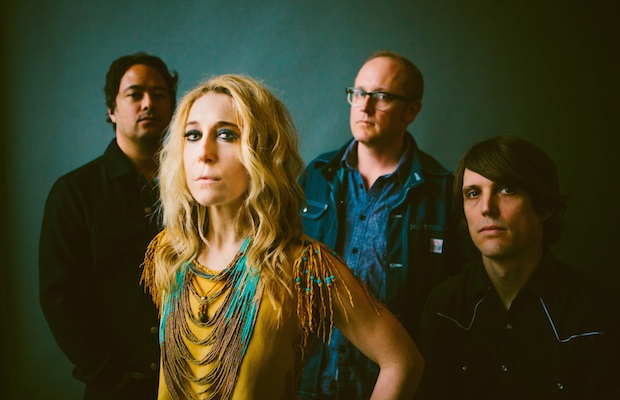 The Heartless Bastards have been touring for more than a decade, and their fifth album, Restless Ones, set to release in just 4 days, seems to be as powerful as ever. With connections to such heavy hitters as Spoon and The Black Keys, The Heartless Bastards appear on the verge of busting out of the indie-sphere with their latest release. And if you missed seeing Craig Finn, lead singer of The Hold Steady, on tour after the release of his first solo album, Clear Heart Full Eyes, in 2012, count your lucky stars because you are getting another chance. You can catch them both Friday night, June 12th, at Mercy Lounge opening for The Heartless Bastards. This is a lineup not to be missed, and you can grab your $18 tickets right here.

We are lucky enough to get one of the first shows of The Heartless Bastards’ Restless Ones tour. If you are looking for a strong woman of rock to look up to, Erika Wennerstrom is your woman. Wennerstrom’s voice is as haunting as ever, and the power of her guitar and lyrics take you away, but the indie garage rock band’s energy keeps you grounded. Originally from Cincinnati, Ohio, this band formed in 2002 and has morphed over the years, but since finding a home in Austin, Texas in 2011, The Heartless Bastards have found their groove in the indie rock scene. Touring with such greats as Wilco, Lucinda Williams and James McMurtry, their appeal spans the genres with influences from blues, rock, Americana, and downright good storytelling.

As the lead singer of The Hold Steady, Craig Finn keeps himself busy, but when the band took a 5 month break in 2012, he used the time to record his first solo project. On Clear Heart Full Eyes, Finn plays it close to the chest, the music is calmer, the guitar and pedal steel add a somber ambiance, and the lyrics cut to the bone. The narrative is raw and sad at times, but show the resilience in the characters as they struggle through life. Finn is a true wordsmith and wise beyond his years. After touring for Teeth Dreams, The Hold Steady’s latest album released in March 2014, Finn is now touring again solo with such notables as Jason Isbell and The Heartless Bastards. Could there be another solo album coming? Will we get to hear some new songs from the immensely talented storyteller? We can only hope, so we can catch up with the plot twists his often reoccurring characters might find themselves in.