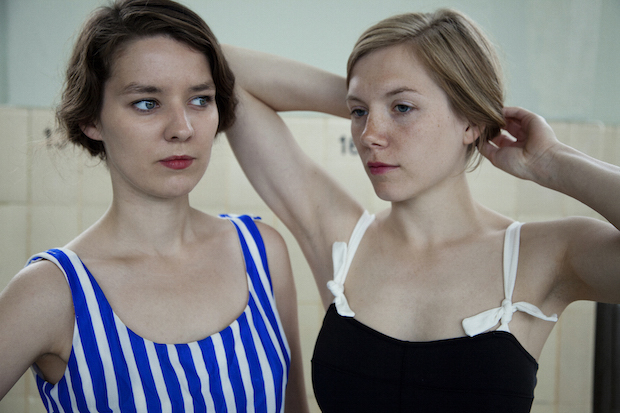 Lately, we can’t get enough of Americana/folk, roots music duo My Bubba. We told you all about their opening spot for Damien Rice at the Ryman a couple months ago in this post, which was so impressive, we asked them to play our Acme showcase, which they did earlier this week (review coming soon). Apparently, the Swedish (My) and Icelandic (Bubba) natives have been calling Music City home as of late, and we couldn’t be happier about. They have a full day of gigging ahead them today as well, when they play an intimate in-store at Grimey’s New and Preloved Music, starting around 6 pm, before continuing their Nashville residency at City Winery’s Lounge directly after. Get a feel for their sound after the jump and get hip now, because based on what we’ve seen of them so far, and with a new record in the works, they are poised to blow up big.