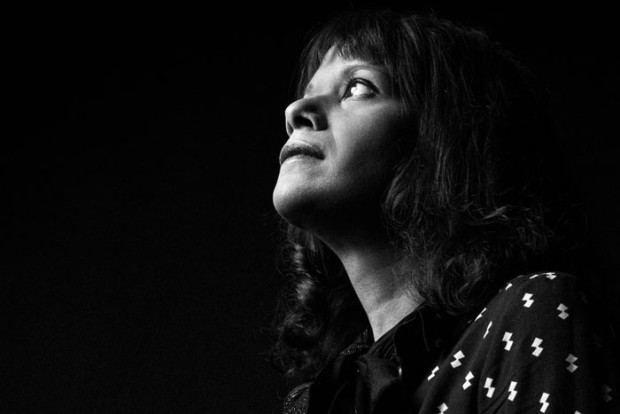 When Nick Cave talks, I listen, and I think it’s probably fair to say I could speak for the other fans of his gothic-blues narrative rock and roll. And according to Nick Cave, Shilpa Ray is the next big thing. The dark alternative singer-songwriter is playing The Basement tonight, June 1 with support from locals gothic Americana singer Stone Jack Jones and psych-pop outfit Idle Bloom. Shilpa Ray mixes a harmonium with blues-infused punk, acid-tongued lyrics, and a powerful voice that has earned comparisons to Patti Smith and Ella Fitzgerald. Her music is raw, poetic, confrontational, and difficult to categorize, much like the man who’s been singing her praises. Click through to find out a little more about her and the rest of the lineup.

After touring with the Brooklyn-based Shilpa Ray, Nick Cave had this to say of her, “”One of the most phenomenal things I’ve seen in a long time. She’s going to be huge.” He wasn’t just saying that, either, as he sells her music on his website, he’s used her as a backup singer, and they’ve collaborated on the traditional pirate ballad “Pirate Jenny,” so the endorsement is the real deal.

Ray’s Indian American upbringing lead to her parents encouraging her to play the harmonium, an instrument which she has combined with her blues-punk sound that’s been compared to the Cramps, Patti Smith, and Blondie as well as Cave. Her voice, though, is completely unique and in combination with punk powered by a harmonium Ray’s music isn’t like anything you’ve ever heard before. She’s touring in support of her upcoming album, Last Year’s Savage. If you happen to miss this show and still want to catch Ray, she’s playing a second night in town at The 5 Spot on Tuesday at 7 pm during the venue’s weekly $2 Tuesday showcase.

Gothic Americana singer-songwriter Stone Jack Jones released his sophomore record Love & Torture back in March and we were big fans of its dark southern atmosphere. Having encountered death on multiple occasions due to a rare blood disease, Jones contemplates his own mortality on the album. The video for the first single, the lament “Circumstance,” is unsettling and southern gothic enough to hook us completely on the guy.

Pop-rock band Idle Bloom have blossomed (sorry, couldn’t help myself) quickly, gaining a following for their ’90s-esque alternative power-pop. With three-part female vocal harmonies plus heavy psych-pop riffs, we’ve been loving this group since they came out of the ending of Fancytramp and we’re far from the only ones.

Shilpa Ray, Stone Jack Jones, and Idle Bloom will perform tonight, June 1 at The Basement. The show is 21+, begins at at 9 p.m., and tickets are available for $5.