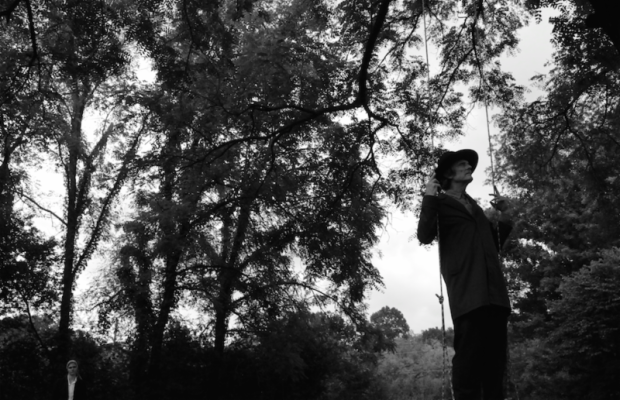 Nashville solo artist Stone Jack Jones releases his sophomore album Love & Torture today, and from what we’ve heard, it’s taking traditional Americana and blues sounds that Jones has experimented with in the past to some very dark places. Jones has stared death in the face on more than one occasion due to a rare blood disease he suffers from, and has even been read his last rites before miraculously surviving. Love & Torture sees him contemplating those experiences with unsettling southern gothic tunes about heaven, helplessness, and appreciating life. Jones worked with producer Roger Moutenot, members of Lambchop, and country music legend Patty Griffin on the record. She sang with him on two songs on the album, including its opening song “Shine,” which Jones says is his contemplation about what heaven might be like. You can listen to it on SoundCloud here.

Jones is playing an in-store at Grimey’s today at 6 p.m. to celebrate the record’s release, and is heading to Austin for SXSW after that. He has released a video for the dark lament “Circumstance,” which sees a man carrying the inert body of a woman around like some awfully evil baggage. Check it out after the break. If, like me, you’re a sucker for anything with a twisted southern gothic vibe that feels eery and mournful and tragically threatening in that particular way stories from the South do, then Stone Jack Jones is definitely an artist that will scratch your weird itch.