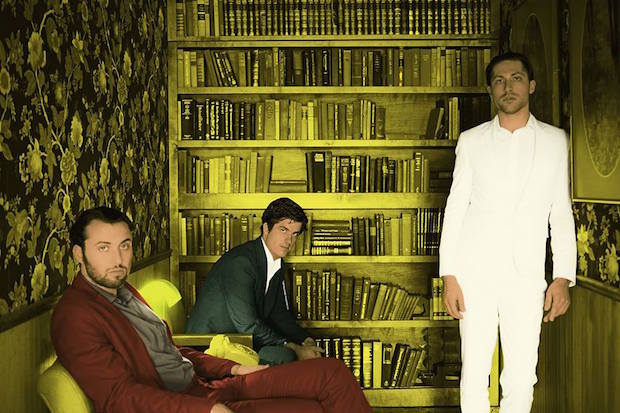 As we’ve been doing for the past several years now, we’re making it our mission to help you get acquainted with as many bands as we can from Bonnaroo‘s impressive 2015 lineup. In addition to the main stage acts, we also want to be sure to give the Club Stage bands some love, so, for the remainder of our coverage, we’ll be doubling up with a spotlight on these rising acts. They might be the smallest artists on Bonnaroo’s bill, but the Club Stage bands some of the best and most exciting up and coming acts around. As with our main stage previews, we’ll start from the bottom and work our way up. Keep reading for your Bonnaroo Club Stage Band of the Day…

Originally just a side project from Queens of the Stone Age bassist Michael Shuman, Mini Mansions formed in 2009, when QotSA took a break after touring in support of their epic LP Era Vulgaris. Now, generating buzz and critical acclaim all on their own merit, Shuman’s new(ish) band have drawn comparisons to Fountains of Wayne, The Beach Boys and even Devo. They already have two EPs, a self-titled LP to their credit, and a new record, entitled The Great Pretenders, which dropped this past March. It was released on Nashvillian T Bone Burnett’s Electromagnetic Recordings, a subsidiarity of Capitol Records, and for extra trivia points, we should mention that they are his first signing with his new endeavor.

Of course, we highly recommend you check out their Club Stage set on The Farm this June, because, after catching them as the opener for the sold out Tame Impala show earlier this month at the Ryman, we know their sets are not to be missed. Be sure to taste their goods below, get hip to their social media, and enjoy the naked breast laden, NSFW music video for “Vertigo,” featuring a cameo from Arctic Monkeys front-man Alex Turner. With some many connections, related big name projects, and famous friends, it would appear MM’s star is just starting to rise, so be there when it lights up the night sky in Manchester, TN this summer.