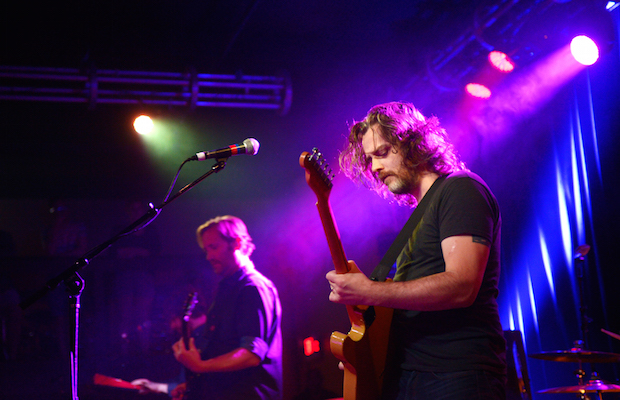 Ahead of a performance at Atlanta’s Shaky Knees festival, and, only for the second time ever, proggy indie rock outfit Minus the Bear performed their fan-favorite 2005 LP, Menos el Oso, in full for a packed room at Nashville’s own 3rd & Lindsley. Supported by emo/indie breakout band Into It. Over It., another site favorite, MTB’s special anniversary show ranked among one of our favorite performances of 2015 so far, and we have plenty of thoughts and photos for you below! 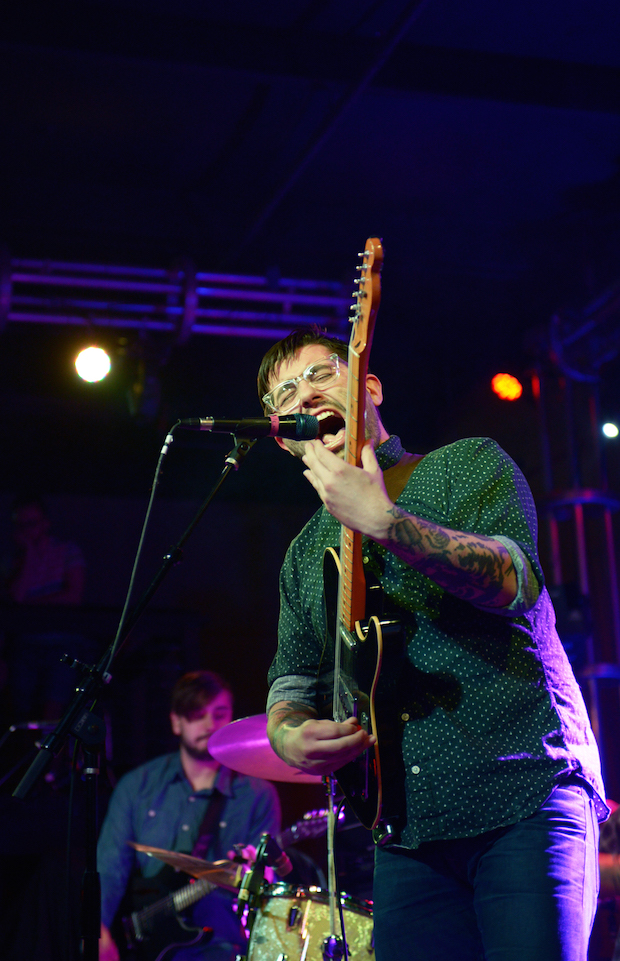 Into It. Over It. frontman/mastermind Evan Weiss was originally slated to play an acoustic show with Kevin Devine at The High Watt back in February, but, due to that freak ice storm we experienced, the outing was unfortunately canceled. While I was looking forward to seeing IIOI in an apparently stripped down setting, I was nonetheless thrilled to see the full band back so soon. They last played Nashville in the fall, at a last-minute fooBAR show with legendary emo act Mineral, and, in recent years, have become something of a go-to act for supporting reunited and cult classic artists from the emo and pop punk scenes (meaning I’ve had the pleasure of catching them a bunch). While Minus the Bear might seem like a slightly more out-of-left-field pairing, the groups’ noodle-y, atypical song structures and broad and often unclassifiable musical sensibilities are a perfect match.

Though Weiss is the only “official” member of the band, his backing players have remained more or less constant for the past couple of years, so the first thing I noticed: Rodrigo Palma, of Saves the Day fame, was handling bass duties (Weiss would later comment that he had just learned the songs only days before the show). Blasting through a surprisingly lengthy set, heavily stacked with selections from 2013’s Intersections, though not without some older favorites as well, the group delivered the loud, polished, frenetic show I’ve come to expect from them. On 3rd & Lindsley’s modest stage, and in front of Minus the Bear’s arsenal of gear, the band were nearly standing in a line, Weiss just feet away from drummer Josh Sparks. I got the impression that a lot of the Menos el Oso audience didn’t really know IIOI, but, squished together in the dense crowd, the enthusiastic faction of fans kept the energetic singalongs going throughout, and even the newcomers’ attention seemed to stay captured. I’ve never seen Into It. Over It. deliver anything less than a stellar show, and this one was no exception. We’ll certainly keep you up to speed on when they inevitably pass back through soon (hopefully in an overdue headlining slot)! 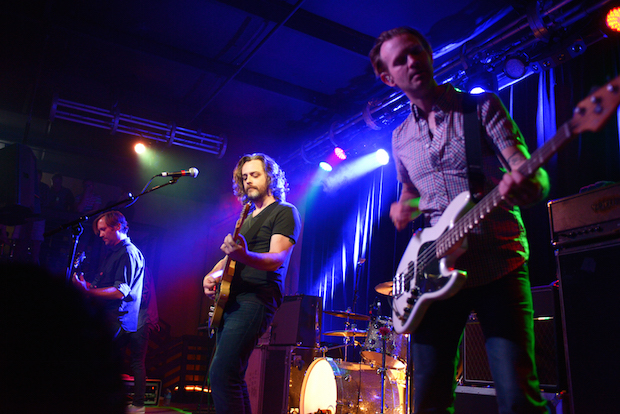 Going into a show where you more or less know exactly what to expect is a bit of a weird sensation, but when the thing you’re expecting is one of your favorite bands from your teenage years to perform what is, in your opinion, their best album, it doesn’t matter; it’s pre-assured awesomeness. Racking the (almost too) lengthy show history in my brain, I realized that my first ever Minus the Bear show, back in 2006, would have been a tour for Menos el Oso while it was still new. 17 at the time, they absolutely blew my mind, and helped ease my pop punk-loving musical sensibilities into a decidedly more comprehensive appreciation for indie rock. I’ve only caught them once since, a few years ago for their last Nashville outing, and, while it was great, reliving the energy and the song selections of my first MTB show had me absolutely beaming.

Nearly 15 years into their career, the Minus the Bear of today are a slightly different band than the one I saw way back when in Charlottesville, Virginia. For one, they’ve aged (but so have I), and have released several fantastic albums since Oso, maintaining a loyal and widespread niche fanbase and cementing a reputation for being one of indie rock’s most consistent, original acts. Two founding members from the early days have also since departed, keyboardist Matt Bayles back in ’06, and, much more recently, drummer Erin Tate. Boasting a drummer so new I can’t even find his name listed, the band’s live show remained as nuanced, layered, and electric as I remembered, albeit not with a few rhythmic hiccups here and there (this was, after all, a bit of a last minute decision, and only the second time they’ve done the Menos el Oso show). Unsurprisingly, they played the LP from start to finish in running order, constantly expressing their appreciation to giddy crowd for showing so much support. 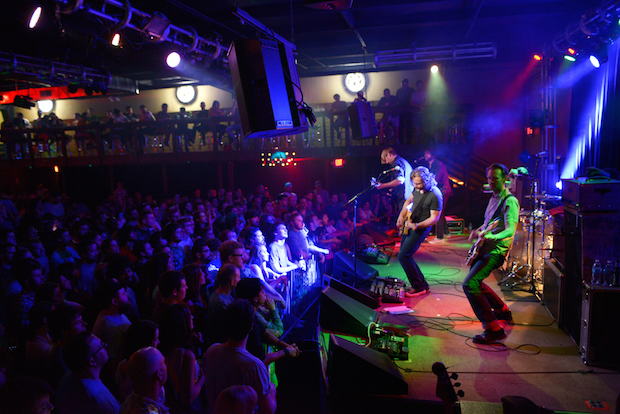 At this point, especially when playing an decade-old album, Minus the Bear are able to perform with a sense of poise and automation, allowing frontman Jake Snider to deliver each note and line with a sense of earnestness and confidence, selling each word and its thematic weight just as strongly as he could ten years ago. The band’s secret weapon is, perhaps, guitar virtuoso Dave Knudson, who conducted the group and led the pacing with his polyrhythmic style and mastery of subtle gestures and nonverbal communication. Each song was met with more applause than the last, and, while I already knew my favorite tracks going in, hearing “The Game Needed Me,” “Memphis & 53rd,” “The Fix,” and (fan favorite) “Pachuca Sunrise” live once more gave me a rush of nostalgia and glee that hasn’t yet faded. Following the album’s end, the band treated us to four more tracks, each from a different album, before calling it a night. I came for Menos el Oso, and that’s exactly what I got; one of my favorite albums of all time performed effortlessly by an act immeasurably important to my musical development. I can’t wait to see Minus the Bear come back through with some new tunes, but, for now, that was exactly the show I needed.