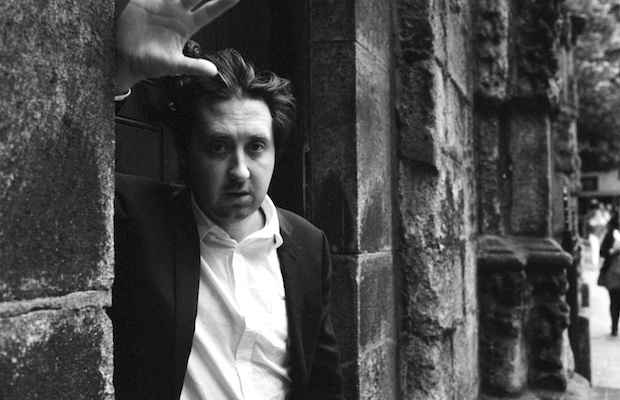 Nashville’s mostly, curated Communion showcase is back tonight, May 14, at The High Watt, and this might just be one of our favorite lineups ever! Headed up by former Walkmen bassist turned impressive solo artist Peter Matthew Bauer and buzzy local up and comer firekid, along with Marty O’Reilly, Modern Inventors, and Lost Lander, the May showcase starts at 8 p.m., and tickets are still on sale here. Keep reading for a full preview of the full bill!

Former Walkmen bassist turned multi-instrumentalist Peter Matthew Bauer has been turning heads since stepping solo following his former band’s hiatus last year, and he really impressed us opening for The War on Drugs a few months back at Marathon Music Works. Like his former bandmate Hamilton Leithauser, Bauer used his solo debut, Liberation, as a way to experiment sonically, staying true to The Walkmen’s indie appeal, while crafting songs more layered and melancholy, and stepping, for the first time, front and center as a surprisingly strong lead vocalist.

Hailing from the musical hotbed of Muscle Shoals, Alabama, but now based in Nashville, buzzworthy up and comer firekid is the brainchild of singer-songwriter Dillon Hodges. Channeling elements of roots rock, indie, and country, Hodges has proven to be as versatile and he is musically gifted, and, ahead of his major label debut, he’s been stepping out for more performances lately around town. We’ve been beyond impressed with everything we’ve seen so far, and fully expect firekid to explode this year. Catch him in small spaces while you still can!

Based in Santa Cruz, California, singer-songeriter Marty O’Reilly channels a folky, bluesy acoustic sound that resonates with soul beyond his years. Typically accompanied by a live band dubbed The Old Soul Orchestra, O’Reilly’s heartfelt sound is all at once traditionalist and timeless, and he brings an excellent dynamic to this unbeatable bill.

It’s been a few years since Modern Inventors‘ earnest, rustic alt-rock debut, Trains & Aeroplanes, and, in the time since, the band have only seemed to evolve for the better, producing their best song to date, “Selfish Generation,” earning some high-profile acclaim, and polishing their excellent, arena-ready live show. Formed in Philly, the band are now based here in Nashville.

Portland act Lost Lander might be this evening’s opener, but they are, undoubtedly, the most different and unique act on the bill. Combining horns, electronics, percussion, and unorthodox sounds and textures, funneled into a smart, introspective flavor of indie rock, the band are hypnotic and refreshingly new; show up early and show them some support!

Petter Matthew Bauer, Firekid, Marty O’Reilly, Modern Inventors, and Lost Lander will perform at Communion Nashville tonight, May 14 at The High Watt. The show is 18+, begins at at 8 p.m. (doors at 7 p.m.), and tickets are available for $15.