SURPRISE: The Doobie Brothers Return to Music City Roots May 13 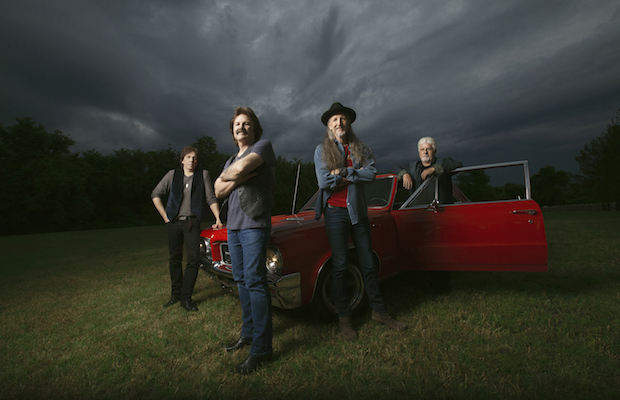 At last week’s Music City Roots, an unnamed source whispered in our ear the names of some special guests who would be performing on the following week’s show. The source said we could tell friends, but nothing in writing. Well, that embargo has been lifted as of right now, so we’re incredibly thrilled to announce that rock and roll legends The Doobie Brothers will return for a special edition of Music City Roots Live From the Factory at Franklin on Wednesday, May 13. The band will play two long sets, one acoustic and one electric, with special guests, including banjo master Bela Fleck and bluegrass vocalist Dan Tyminski (Alison Krauss & Union Station). Opening the show will be guitar master Jim Hurst. Tickets are on sale here now at their usual ridiculously low prices, and, of course, they’re sure to go fast once the word gets out.

We were lucky enough to be in attendance back in March 2011, when The Doobies previously played MCR for a packed Loveless Cafe Barn. The relationship of MCR and the group grew out of band’s bass player and vocalist John Cowan, a Nashville musical icon and regular guest at Roots.

Original band members Tom Johnston, Patrick Simmons and John McFee will also join Roots producer John Walker for a two-hour interview feature on the Roots Radio Hour. The band will showcase their newest album Southbound, which is a Nashville project featuring the their greatest hits performed with top country music artists, including Toby Keith, Zac Brown, Blake Shelton and others. The interview will stream live over web service Concert Window (video) and RootsRadio.com (audio only) this Sunday, May 10 at 8 p.m. The audio will air commercial-free on Hippie Radio on Tuesday, May 12 at 7 p.m.

Wednesday’s performance starts at 7 p.m. sharp, with regular hosts Jim Lauderdale, Keith Bilbrey and Craig Havighurst. As usual, the show airs live on Hippie Radio 94.5 FM and on a free live webcast at www.musiccityroots.com. And, as a reminder, the free Roots Shuttle leaves from East Nashville’s Five Spot (5:30) and Soulshine Pizza (6:00) for the Factory at Franklin.  Check out the Doobie’s performance of “Listen To The Music” during their last visit to Music City Roots, below!