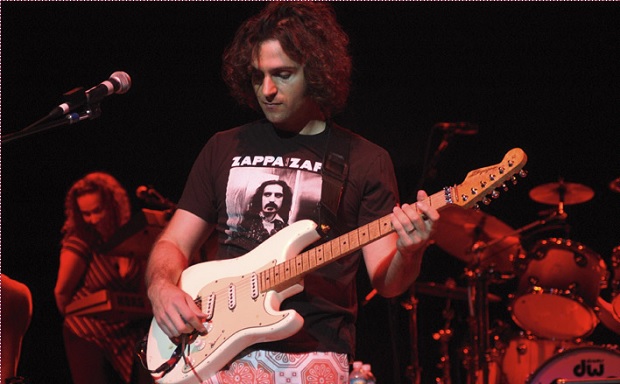 We told you to ask Santa for some tickets to this when it was announced right before Christmas, and one lucky reader already snagged a pair through our giveaway… Congrats Paul!  If you haven’t gotten tickets yet, there are still some available.  Also, a reminder for all you musicians out there, Dweezil is hosting a Masterclass before the show, where you can hang out and learn from the man himself.

This show will be in celebration of Frank Zappa & The Mothers Of Invention’s 1975 album, One Size Fits All, and will reportedly feature the entire album performed in order.  Read on for one of our most anticipated shows of the spring.