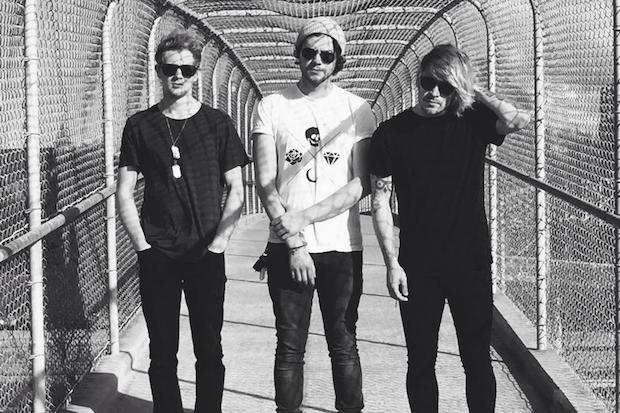 In a scene where it seems like you have to be at least 21-years-old to do anything fun, it’s nice to know there’s still hope for the kids on occasion. Take tonight’s amazingly awesome, and amazingly cheap, $8 in advance or $10 at the door, 18+ showcase at Mercy Lounge featuring local soulful rockers Cardboard Kids, indie dream popsters Golden Youth, indie rocker YØUTH, and left of center pop singer Young Brother. It’s been billed as a night to celebrate never growing up, so we’re guessing the similarity in band names on this bill was intentional to lure in a younger crowd. Regardless, it’s nice to know the kids will be alright with a great night of live music, and whatever your age, read on after the jump for more details on line-up.

Getting their start pal’ing around, and playing in various bands with friends in Tyler, TX, Cardboard Kids solidified themselves in 2013, when they started to call Music City home. Their debut album, Echo Boomer, which dropped last year, highlights the band’s influences, ranging from 90’s rock, R&B, as well as gritty 60’s blues. They’ve recently put in some time at RCA Studio A, so hopefully they have some new tunes to share tonight, as well as blasting through their hit heavy debut LP. Be there to see yet another young, talented, and rising local band do their thing live and in person.

Stephanie Lauren is Golden Youth. The indie pop-tinged, multi-instrumentalist and singer is a force all to her own, and, as Golden Youth, Stephanie doesn’t like to be limited by genres, so she constantly challenges herself to break free of the boundaries set by pop music. In that vein, she has recently worked with artists like Owl City, Aleo Blacc, and MC Yogi to name a few. See what all the buzz is about for yourself, before she drops a new EP later this year.

A native Nashvillian, Julian Dente (aka YØUTH) grew up on a tour bus, the prodigy of musician parents, and has been writing songs for pretty much as long as he can remember. On his forthcoming EP Start Again, Julian played all the instruments himself, in addition to self-producing the record. You can hear the title track below, and if you dig it, be sure to check out his Pledge Page, and get to Mercy early to see him perform live.

Self-described as the bombastic pop music project of Dalton Diehl, Young Brother is based in Music City and ready to explode your ear drums. He is heavily influenced by new wave pop acts like Lorde, Broods and The 1975. Relatively new on the scene, Yobro, as he is sometimes called, has some singles making waves in cyberspace and plans for a very busy second half of 2015, so be there tonight when he kicks off a great night of tunage.