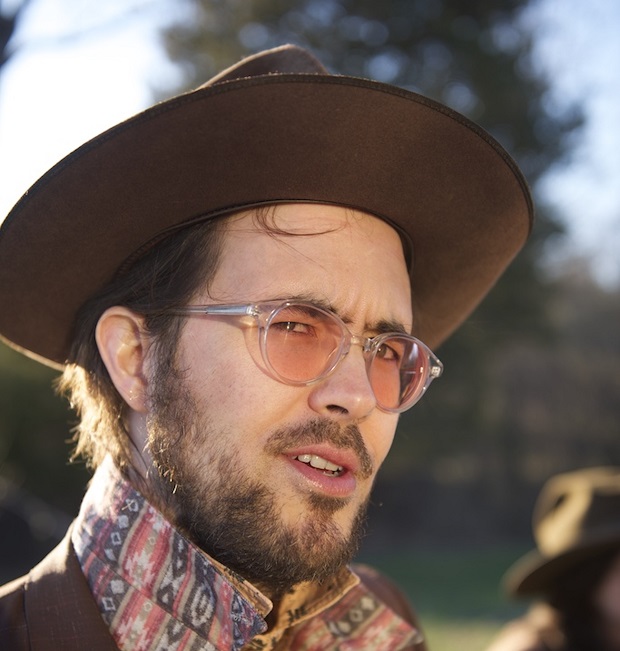 Folk rock singer songwriter Elvis Perkins rolls through Nashville’s City Winery tonight, and you should give this show some Thursday night consideration for sure.  Tickets are available for $15, and things get started at 8pm (6pm doors).  Don’t miss the chance to catch one of the freshest acts on the scene today.

Elvis Perkins had the resume for success at birth.  The son of Psycho actor Anthony Perkins, his photographer mother, Berry Berenson, lost her life on Flight 11 on September 11th 2001.  Reading back, his family tree includes actors, artists, astronomers, fashion designers, and hall of fame atheletes, so there was never any reason for Elvis, nomed after his father’s love of Elvis Presley, to ever think that he wouldn’t succeed at whatever he picked up.  His debut album, Ash Wednesday, released in 2007 to significant acclaim, and it’s hard to find anyone that didn’t immediately fall in love with that record when the needle dropped on the first track “While You Were Sleeping”.  Perkins began touring that album with his band Elvis Perkins In Deerland, who dropped their first collective effort in 2009, and are currently touring in support of I Aubade, which dropped in February of this year.  Have a listen to our first aural love of Perkins’ below, and head out for a chance to catch him tonight in the perfect setting of City Winery.